When Donating Your Body to Science Goes Wrong 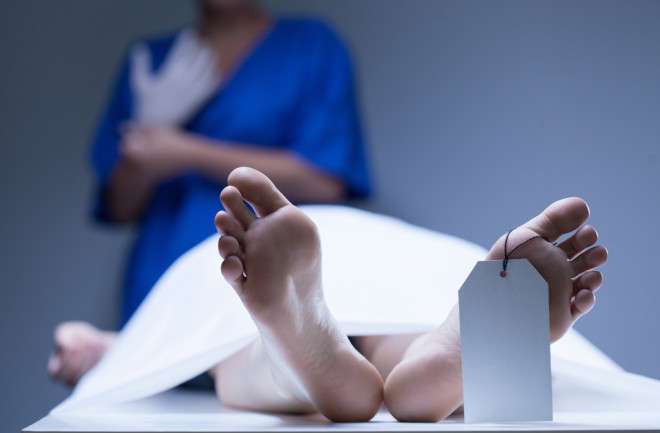 One year ago, an audience gathered in a hotel ballroom in Portland, Oregon. Some had paid as much as $500 to gain entrance. They watched as an instructor cut into a cadaver, and removed and disposed of its organs.

The body on the table was a World War II and Korean War veteran who had died two months earlier from COVID-19. He had intended to donate his body to Louisiana State University, but the school refused the donation due to the infection. So, a nearby funeral home offered his wife a list of other organizations that facilitated whole-body donations with research institutions.

Her chosen company, Med Ed Labs in Las Vegas, accepted the body and then sold it for $10,000 to Death Science. As described above, Death Science hosted a “cadaver dissection class” — an event that the widow later told reporters was not what she intended. She thought she had donated her husband’s body to scientists, not spectators.

The class is one of many controversies in the past few years that have haunted organizations that work with whole-body donations, also called non-transplant anatomical donations. Rather than going to a living person, the organs and tissues involved in these donations are used only for research purposes. The U.S. has steep regulations regarding how transplant donations are managed, but there aren’t many laws regarding the estimated tens of thousands of non-transplant donations that occur each year.

Transaction cost is one of the few aspects about whole body donations that is subject to law. “You are not allowed to sell body parts in the U.S., it’s against the law. But you are allowed to recover your costs for the donation, which can include a fee to compensate,” says Marc Pearce, CEO and president of the American Association of Tissue Banks (AATB), which began an accreditation program in the last decade for organizations that facilitate non-transplant donations.

Read More: How to Donate Your Body to Science

Costs associated with buying bodies or body parts have been subject to scrutiny, including a 2017 investigative series by Reuters that found some companies made millions of dollars in revenue by selling or leasing body parts.

Donating a body to research, however, saves families significant money on burying or cremating a loved one. There’s no cost to donate — and depending on the organization, a family might have their loved one’s ashes returned along with a letter detailing how their donation helped medical research. It’s an attractive option for people hoping not to burden others after they pass. But without state or federal regulation to oversee the process (AATB accreditation is voluntary), there have been instances in which family members felt deceived by the process.

This past September, for example, a jury found Walter Mitchell — once owner of FutureGenex, a company in Washington state that facilitated whole body donations — guilty of dumping body parts in a remote Arizona forest. In her victim impact statement, one woman said her father had wanted to donate his body to the University of Washington, but his diabetes wounds stopped the school from accepting the donation.

When the hospice provided a list of alternatives and the daughter opted for FutureGenex as a last resort, she received a letter stating her father’s body had been used to train future surgeons. She also received an urn with ashes. Only later did she learn parts of her father’s body had actually been transported to Arizona and then tossed into the forest.

Another extreme example comes from 2014, after the FBI raided Biological Resource Center Inc. in Phoenix: The agents discovered buckets of detached body parts and a ghastly attempt to sew a woman’s head onto a man’s torso. The owner of the center later pled guilty to operating an illegal business and faced lawsuits from many angry family members.

Although the buckets of body parts at Biological Resource Center is an extreme example, most organizations that facilitate whole-body donations also dismantle the bodies and store parts separately. It’s standard to have one freezer dedicated to heads and another to limbs.

Family members might not like to think about their loved one’s body being segmented, but Pearce says this practice isn’t sinister and it helps advance medical research. Dental students or oral surgeons in training, for example, only require a head. Similarly, researchers working on a medical device meant for knees only require a leg; and an emergency medical technician learning how to intubate only requires a head, neck and torso.

Pearce says that sharing body parts among researchers allows more scientists to have access to a donated body. It also cuts down on shipping expenses, which are subject to postal laws for packaging biological material. “It’s expensive to ship a body,” he says. “A leg weighs significantly less.”

But knowing where the bodies and organs are going is only half of the story, which is why there are recent studies looking into improvements to the overall donation system.