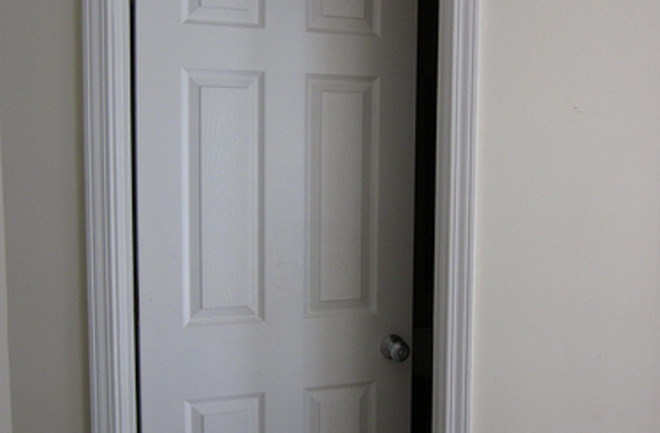 Photo: flickr/Will FolsomThis is one of the most intense research papers we have ever read. Period. Because public sex is pretty much outlawed in most cities, many large private sex parties have sprung up to service those looking for group sex. But what actually transpires behind those closed doors? To address that question, the author of this study became a regular at one weekly party that hosted about 100 participants. During this time he served as a bathroom attendant with the party host's permission to conduct his observational study. And the anthropological descriptions of the social scene that emerged are fascinating.No Attitude, No Standing Around: The Organization of Social and Sexual Interaction at a Gay Male Private Sex Party in New York City. "Following the onset of the AIDS epidemic, many jurisdictions have outlawed commercial sex-on-premise venues (bathhouses, adult theaters, sex clubs), greatly changing the culture of public or group sex. Today, in New York City (NYC), private sex parties are the main venues for group sex. Dozens of such events are held on a regular basis in the city, attracting sometimes a few hundred participants. Past research in group sex venues shows that different spaces allow for different kinds of sexual and social interaction. What are the norms of interaction of today's private sex parties? This article answers this question by using data collected ethnographically in one recurring gay male private sex party in NYC. The event was a small organization that brought all its participants together in one space at the same time, thus creating great physical intimacy and leading to convivial socialization and interpersonal bonding. This differs from the model of anonymous and impersonal sex that previous researchers have seen in public and commercial spaces. Private sex parties present risk for the transmission of HIV and other sexually-transmitted infections, but their organization and norms of interaction also present new avenues for prevention. Policy-makers should work to make these places safer rather than outlawing them."

Here are a few longer quotes from the full text. (We didn't include any of the passages that were NSFW, but if you find these interesting, the entire paper is definitely worth the read):

"After experimenting with different duties in the first few weeks, the host consistently assigned the author to the “bathroom attendant” position. The main duty was to stand by the rear bathroom's entrance, making sure people went in one at a time and kept circulating. The attendant also kept the bathroom relatively clean and supplied with paper, soap, mouthwash, and plastic cups. This was a perfect position to observe the event unobtrusively as it required one to stand slightly away from the participants in the main space of the party... The study did not use interviews or questionnaires. At times, the author asked participants to explain some interaction he saw them having from a distance. They were generally happy to share details and comments on their behavior with the author. Verbal consent was obtained from participants who engaged in conversations with the author, either individually or in groups." "These aspects—being at a private party organized by a small group of people, meeting familiar faces week after week, the physical intimacy created by the space—created a sense of conviviality that contrasts with much of what past research said about interaction in public and commercial places of group sex. Casual social interaction was not an exception and—although guests needed to keep it away from where people had sex—one could always hear chatter in the background, coming from the changing area. People interacted affectionately, with flirtatious tones, tender gestures, friendly embraces, and accolades. Most people did not try to remain anonymous and shared many details about themselves, including at times some very personal issues. People made friends that they would see outside of sex parties, joined cliques, or integrated a network of people who attended many sex parties." "“Guys with attitude” was a recurring label to describe negatively people who had stronger boundaries around their bodies and were more selective about their partners. In group conversations, regular participants talked about this “other” and, in the process, defined the values of their group. One night, a staff member was describing another party he attended and told in contempt how everyone at that event looked the same: “They all looked like models,” but they all had “attitude.” They would only stand in the space, look at each other, walk by each other eying but not touching: “They rub and pass each other and I say to myself: ‘That’s yourself you just passed now!’” In other words, they were so selective that they would not even have sex with someone who looked just the same as they did. The other staff members listening commented: “Oh, I’m not going to that party. I don’t mind hot guys, but I can’t stand guys with attitude!” In such conversations, participants defined the values of their event, saying that a willingness to engage in group sex was more important than how one looked. This does not mean that participants had to be ready to have sex with anyone in order to be respected by others, but they at least had to be comfortable with the close physical and interpersonal interaction typical of the place. Physical attributes did not go completely unnoticed by participants, but they meant nothing if someone had the wrong “attitude.”"

NCBI ROFL: Are there different types of female orgasm?

NCBI ROFL: And the most pornographic abstract of all time award goes to…