What's the Maximum Gravity We Could Survive?

Depends on how strong you are. 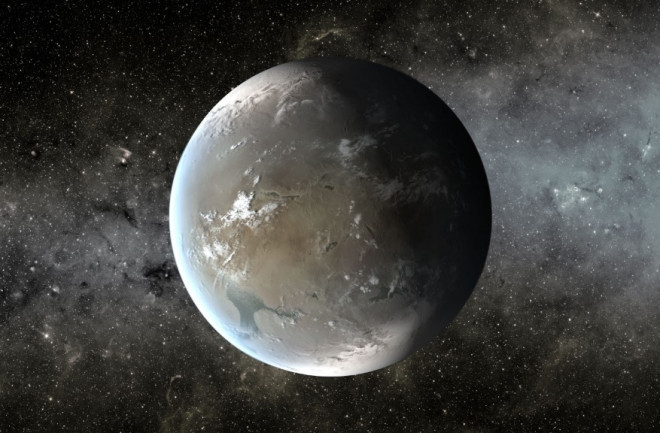 The super-Earth Kepler 62f, estimated to be around 40% larger than Earth. (Credit: NASA/Ames/JPL-Caltech)

If we wish to colonize another world, finding a planet with a gravitational field that humans can survive and thrive under will be crucial. If its gravity is too strong our blood will be pulled down into our legs, our bones might break, and we could even be pinned helplessly to the ground.

Finding the gravitational limit of the human body is something that’s better done before we land on a massive new planet. Now, in a paper published on the pre-print server arXiv, three physicists, claim that the maximum gravitational field humans could survive long-term is four-and-a-half times the gravity on Earth.

Or, at least you could if you are an Icelandic strongman ⁠— and Game of Thrones monster — who can walk with more than half a metric ton on your back. For mere mortals, the researchers say, it would need to be a little weaker.

To work out the largest gravitational force a human could function in, Nikola Poljak from the University of Zagreb in Croatia, and his colleagues first calculated the compressive strength of a human bone. Based on an average mammal bone, they estimated that a human skeleton could support a gravitational force more than 90 times Earth gravity. But this is its strength when standing still. Once we start running, the stress on our bones — as they flex and bend — increases by a factor of ten. This means we could run on a planet with a gravitational field around ten times that of Earth’s before our bones started to crack.

Skeletal strength is pointless, however, if your muscles aren’t strong enough for you to stand up or walk. Based on squatting ability, Poljak calculated that at five times Earth’s gravity even an elite athlete wouldn’t be able to move from a seated position. For a 110-pound human, that’s the equivalent of squatting around 320 pounds.

For the maximum gravity at which we could take a step, the team turned to Hafþór Júlíus Björnsson, an Icelandic strongman who once walked five steps with a 1430 pound log on his back, smashing a 1,000-year-old record.

Poljak says that Björnsson’s feat is a good comparator because the load on your legs and core muscles in a strong gravitational field feels pretty much like carrying a large weight on your shoulders.

Based on Björnsson’s weight – and the weight of that monster log — Poljak estimates that the strongman would still be able to take a few steps on an exoplanet with a gravitational field around 4.6 times ours.

Björnsson — who you may recognise as Sir Gregor “The Mountain” Clegane from the Game of Thrones TV series — is not, however, the kind of person you see walking down the street every day. He’s 6’9”, weighs in at more than 400 pounds, and in 2018 became the first athlete to win the Arnold Strongman Classic, Europe’s Strongest Man and World’s Strongest Man  competitions in the same year.

Don’t Hold Us Down

Poljak and his colleagues estimate that aiming for an exoplanet with 3 to 4 times Earth’s gravity would be more realistic for an average person — and they would still need rigorous training to get their muscle strength up that of an elite athlete.

Poljak hopes this work will help focus our search for a habitable exoplanet. “Now we know that there is no point in hoping to settle planets with high g-values,” he says.

Many of the rocky exoplanets we’ve found are a good deal bigger than our own planet. Astronomers call them super-Earths. It’s difficult to tell what the gravity on another world is for sure without going there, as density can vary between worlds, but it doesn’t take much to begin adding the pounds. Volume increases as a cube and surface area as a square, so even a slightly bigger planet would have much stronger gravity.

Currently there are 3605 confirmed exoplanets, 594 of which have the known radii and masses needed to determine their gravity. According to Poljak’s calculations, 422 of these have a gravitational field equal to or below 3.5 times Earth’s.

As for ‘strongman’ Björnsson, there are around another 35 exoplanets he could take a few steps on.