If both can make a dough rise, why does your dough recipe call for both? 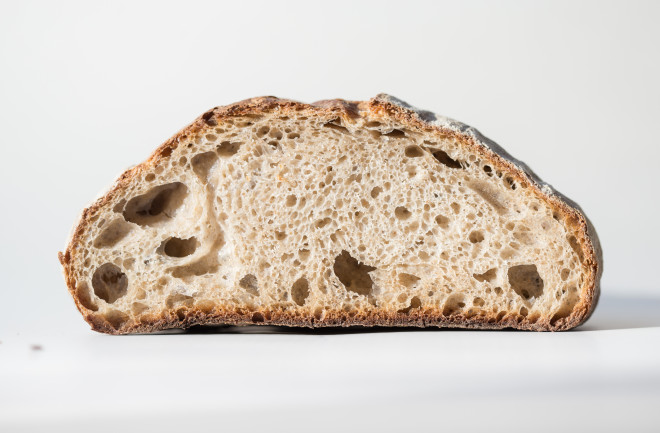 Lots of Americans seem to have concluded that kneading dough might settle their quarantine jitters.

Bread baking is taking off, and shoppers are clearing grocery store shelves of yeast. Some are growing sourdough starters — the living, microbial goop that helps leaven bread and delivers a characteristic tangy flavor. But what exactly are these two bread ingredients? And if both lighten dough, why do some recipes require yeast and a sourdough starter?

The answer to those two questions lies in the unpredictable nature of a sourdough starter. The bubbly, pale ooze brewing in your (or your friend’s) fridge is a small habitat for yeast and bacteria, explains Lauren Nichols, a biologist at North Carolina State University. Though it’s easy to think of yeast as the packets of powder found in grocery stores, hundreds, if not thousands, of different yeasts — a kind of fungus — thrive in our homes and in nature. All they need to start congregating and proliferating into a bread-leavening community is a slurry of flour and water, which is what sourdough aficionados keep in a jar in the back of their fridge. When that ideal meal appears, the yeast moving around our environment makes its way into the jar. A range of bacteria species thrive in the starter as well, pumping out acids that yeast can tolerate but that undesirable growths, like mold, cannot, Nichols says.

“All of a sudden, you have access to all of the characteristics and the flavors and the aromas that come with those different yeasts,” Nichols says. The distinct attributes appear in the final product because, when heated, the microorganisms digest sugars faster than normal. This chemical process produces carbon dioxide — the gas that leavens bread — as well as byproducts that we can taste and smell.

Which yeasts will show up to the starter party can be hard to predict. To resolve some of that uncertainty, Nichols and her lab launched a new citizen science project. Called the Wild Sourdough Project, the initiative provides instructions on how to grow a sourdough starter for anyone interested. Then, anyone who wants to participate can let the lab know how fast their starter rises or what it smells like (even if it fails to get all bubbly.) “Right now, we’re locked out of our labs along with everybody else,” Nichols says. “Luckily, one of our most technologically advanced instruments is one that everyone has access to in their own home, which is your nose.”

The goal is to figure out how strong an influence geographic location or starting flour variety might have on the starter. Maybe whole wheat flour in a New York kitchen will turn out something different than the same flour in North Carolina, for example.

With purchased yeast, that uncertainty disappears. One kind of this fungus dominates store shelves: a species known as “baker’s yeast,” Saccharomyces cerevisiae. It’s particularly good at puffing up breads, but it’s also made of living, breeding organisms — meaning the yeast can change genetically over time and possibly fail to deliver the exact results bakers want.

Producers like Red Star Yeast deploy several quality-control steps to make sure all the yeast they ship out will behave just as intended. The company keeps samples of all their baker’s yeast at –80 degrees Celsius in France, says Arnaud Deniaud, vice president of technical services at Lesaffre, Red Star Yeast’s parent company. Before sending the microbe off to large-scale manufacturing plants, the lab runs DNA tests to make sure the yeast has the exact genetic profile, or strain, they’re looking for. For North American markets, “the strains are almost identical to what they were 20 years ago,” says Deniaud.

From company to company, the genetic profile of the baker’s yeast sold in grocery stores is pretty similar, says Pierre Gélinas, a research scientist with Agriculture and Agri-Food Canada, in an email. What varies between brands is how they grow the yeast and dry it out for shelf life. “Baker’s yeast is very tough, so it is easier to dry and keep than lactic acid bacteria that is used for cheese or yogurt, for example,” he says. Drying yeast out damages some of the yeast cells, says Deniaud, but mostly allows consumers to keep the leavening agent around their house for longer than two weeks.

The version stocked on store shelves is a good generalist that fits most people’s at-home baking pursuits. But Red Star also produces a range of baker’s yeast strains tailored for particular needs. High-volume bakeries might need a version that doesn’t have to be as shelf-stable, for example. There are even varieties tailored to giving optimal rise in high-sugar-content breads, like brioche, or products that don’t have much sweetness for the microbes to snack on, like pizza dough, Deniaud says. The company has a team of bakers that can recommend which strain might best fit client needs. (Reader, know that your reporter made a half-serious joke that she would love to visit Red Star’s research and design bakeries, but got no offer.)

All this talk of tinkering and precise tracking is to say that commercially produced baker’s yeast dependably delivers a risen bread. Since it’s hard to know what winds up in a homegrown sourdough starter, it’s equally difficult to predict how well it will churn out dough-leavening gas, or how long it will take to produce enough, says Kelly Olson, a public relations representative with Lesaffre. “What it really comes down to is patience.” Nichols agrees: Recipes likely call for yeast as well as a way to guarantee that home bakers end up with the result they wanted.

The Best of Both Worlds

One hack for a reliable sourdough starter might be to “spike” the mixture with commercial yeast, Olson says, and deliver some of its leavening power to the microbe mixture. That can even happen accidentally if someone makes a starter in a kitchen that’s been cooking with commercial yeast.

It also might be possible to take a starter sample from a sourdough baker you admire and foster a jar of the goop with similar properties, Nichols says. The team is still analyzing data from an earlier research project comparing split and shared sourdough starters, and the initial results indicate that the communities might be stable under new owners in new conditions. “I think you could seek out sourdoughs that have particular characteristics, but we don’t know yet what might cause them to shift and how stable they'll be,” Nichols says.

For all the advanced yeast science happening in labs and factories, there’s still a lot left to learn about how these fungi deliver flavor and texture in our breads. One of Nichols’ favorite ways to start an investigation is to hear anecdotes about how people work their sourdough starters or the techniques they were taught growing up.

“I think, especially with the traditions, we can learn a lot from them and use those as sort of hypotheses for new experiments,” she says. “We’re scientists, so we have the tools for asking those questions, but I wouldn’t necessarily call myself the most experienced baker.”