What’s Bad for SpaceX Is Good for Russia 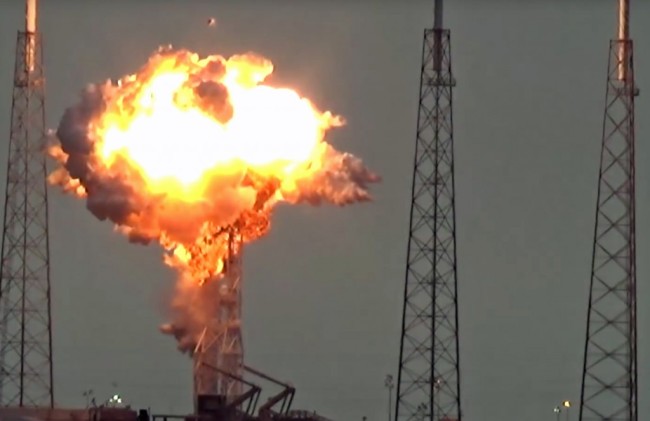 An exploding Falcon 9 could send ripples through space-timelines. By now, you’ve probably heard about SpaceX’s Thursday morning “anomaly” at its Cape Canaveral launch pad. In fact, you can already watch video of it. Thankfully, no one was injured, but the AMOS-6 satellite payload, which would have brought Internet access to sub-Saharan Africa, was lost. But an audit published, coincidentally, Thursday by the NASA Office of Inspector General, is reason to believe the SpaceX accident should sting a little more. Since ditching the Space Shuttle Program in 2011, NASA has turned to the private sector — SpaceX and Boeing — to rebuild domestic manned-spaceflight capabilities. However, the Commercial Crew Program has been plagued with delays and funding instability, which hamstrung NASA’s efforts to send astronauts to the International Space Station aboard U.S. rockets. “The ISS has become the critical toehold on the future exploration of our solar system,” NASA Administrator Charles Bolden told Discover in August. The latest SpaceX setback probably won't help things. Instead, to ferry its astronauts into space, NASA is buying tickets — $82 million apiece — for seats aboard the Russian Federal Space Agency’s Soyuz spacecraft. Every delay in NASA’s Commercial Crew Program could mean more money, or bargaining power, for Russia.

NASA started to build commercial crew capacity in February 2010, awarding five companies with $50 million in funding through Space Act Agreements. In September 2014, the final phase of the effort, NASA awarded contracts to Boeing and SpaceX worth a combined $6.8 billion. Both companies are paid as they reach specific milestones, culminating in a system that can carry four to seven crewmembers. NASA’s original goal was to design and develop crew-carrying technology to begin sending astronauts to the ISS by 2015. That didn’t happen. They pushed the date back to 2017, and that may be too ambitious. Instead the first routine flight to the ISS probably won’t launch until late 2018, according to the OIG audit. Space is hard, and since awarding Boeing and SpaceX the contracts, both companies have revised their schedules and run into bumps along the way. In June 2015, for example, the Falcon 9 rocket exploded in mid-flight. 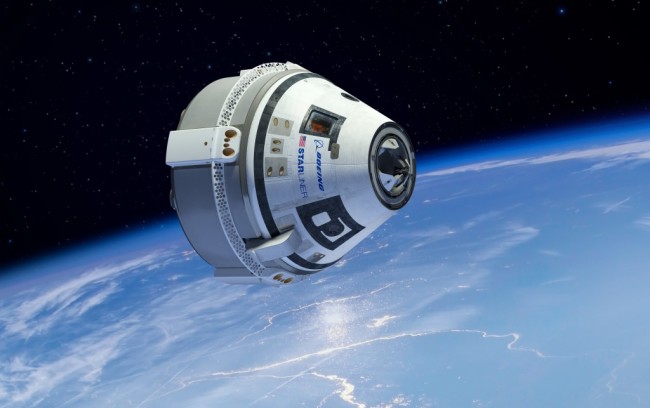 Boeing's Starliner spacecraft will someday carry NASA astronauts to the International Space Station. It could carry passengers, too. (Credit: Boeing)

An artist's concept of Boeing's CST-Starliner. (Credit: Boeing) For its part, NASA’s safety review process, evaluating and approving hazard reports and other requests, have gummed up the works. As the audit indicates, NASA outlined an 8-week goal for completing reviews, but some of these requests have taken up to 6 months to complete. It didn’t help that Congress refused to fully fund the program for much of its life. By May 2016, NASA had spent $3.4 billion on the Commercial Crew Program. SpaceX has hit 8 of its 21 milestones — it’s also successfully launched eight rockets this year. Boeing, has completed 15 of its 34 milestones. UPDATE: Thursday afternoon, NASA sent the following response to Discover regarding the SpaceX accident and the Commercial Crew Program:

“We remain confident in our commercial partners and firmly stand behind the successful 21st century launch complex that NASA, other federal agencies, and U.S. commercial companies are building on Florida’s Space Coast. Today’s incident -- while it was not a NASA launch -- is a reminder that spaceflight is an incredible challenge, but our partners learn from each success and setback.

The situation at the Cape is being evaluated, and it’s too early to know whether the incident will affect the schedule for upcoming NASA-related SpaceX launches to the International Space Station. If there are SpaceX mission delays, other cargo spacecraft will be able to meet the station’s cargo needs, and supplies and research investigations are at good levels.

The launch for NASA’s OSIRIS-REx mission remains on track for Sept. 8. Initial assessments indicate the United Launch Alliance Atlas V rocket and OSIRIS-REx spacecraft are healthy and secure in the Vertical Integration Facility at Space Launch Complex-41, which is 1.1 miles from SpaceX’s launch pad where the incident occurred.”

All the while, the clock ticks as Russia looks on.

Here’s where the time crunch kicks in: NASA was recently forced to extend its ISS taxi contract with Russia out to 2018

. It cost an additional $490 million for six more Soyuz seats for a lift to the largely American taxpayer-funded ISS — that’s up from $21.3 million per seat in 2006. If NASA doesn’t build its own rides, it may need to negotiate another pricey contract. “It is my sincere hope that we all agree that the greatest nation on Earth should not be dependent on others to launch humans into space,” wrote NASA Administrator Charles Bolden in a letter to Congress

back in August 2015. Bolden was urging Congress to fully fund the Commercial Crew Program to end reliance on Russia. 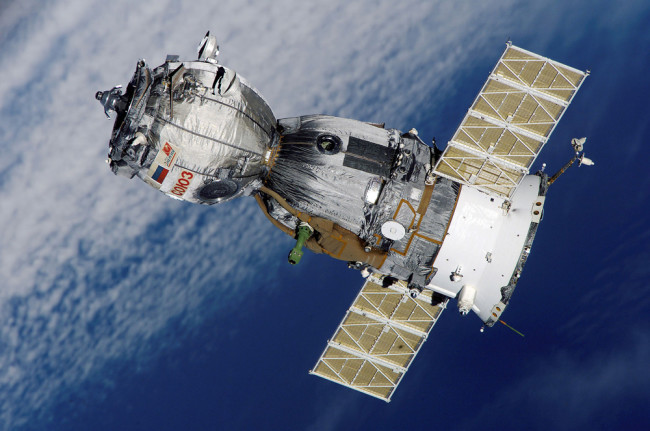 . Still, what will happen come 2018 if there are more roadblocks and the assessment in the OIG report doesn’t materialize? Will we yet again rely on the Russians? Will they even accept a contract? Sergey Saveliev, the deputy chief of Roscosmos, said this to the TASS news agency in May

: “We are working with our partners under the effective contracts, but we have no plans for concluding new ones.” Add to that this trash-talking tweet

“After analyzing the sanctions against our space industry, I suggest to the USA to bring their astronauts to the International Space Station using a trampoline.”

Boeing plans to conduct a manned launch of its CST-100 Starliner in 2018. SpaceX is planning to conduct crewed tests of its SpaceX Dragon Capsule in December 2017, though the target date may be overly ambitious. “Given the delays in achieving milestones necessary to receive certification, we believe it highly unlikely SpaceX will meet this goal,” the OIG audit read. So, come 2018, NASA may find itself at crossroads: Does the agency continue to rely on Soyuz, will Boeing or SpaceX come through, or will astronauts just need to keep their feet grounded until 2023 — when NASA’s shuttle successor Orion is expected to be ready for crewed missions? Only time will tell.