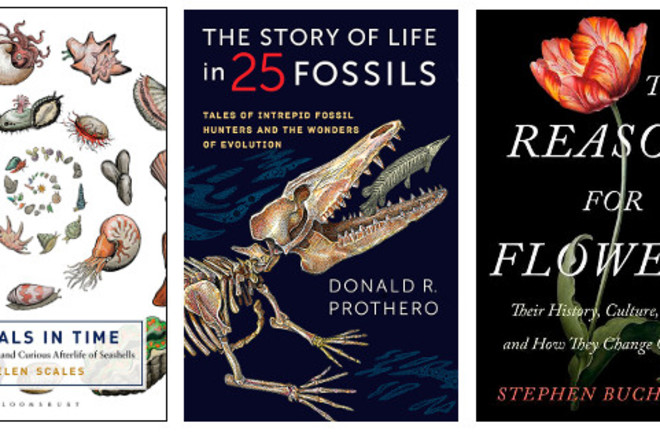 At the center of this book is a question humans have asked for eons: Who am I? With a thoughtful touch, Ananthaswamy dives in to answer it. He introduces us to people facing radically altered senses of identity: an Alzheimer’s patient whose life narrative erodes relentlessly; a woman whose schizophrenic world is filled with voices; a man who feels he must amputate his leg to feel whole. These individual stories become springboards into the biological — and philosophical — roots of our sense of self. In the end, the Buddhist tenet of letting go of the self might make the most sense of all.

We thank NASA for powdery, vaguely citrus Tang, of course, but when was the last time you saluted the armed forces for the energy bar in your gym bag or the plastic wrap protecting last night’s leftovers? In this engaging, wide-ranging investigation, food writer Salcedo reveals how yesterday’s experiments in feeding combat troops have evolved into the convenience foods likely sitting on your pantry shelves.

Spirals in Time: The Secret Life and Curious Afterlife of SeashellsBy Helen Scales

With the soul of a poet and a talent for finding the most intriguing trivia about familiar seaside sights, marine biologist Scales turns the mundane into the magical.

The Story of Life in 25 FossilsBy Donald Prothero

From the humble first fossils known as Cryptozoon to the spectacular sea monster Kronosaurus, Prothero guides readers through the history of life on our planet, weaving in entertaining tales of how the fossils were discovered — and the scientific debates they often provoked.

The Reason for Flowers: Their History, Culture, Biology, and How They Change Our LivesBy Stephen Buchmann

Our love affair with blooming plants began with the earliest human ancestors. But by then, flowers already had played a critical role on the planet for millions of years, one brought to life in careful detail by pollination ecologist Buchmann.

With the evangelizing feel of a TED talk, former energy exec Rogers makes his provocative case for powering up the Third World.