“Dognapping,” like in the case of Lady Gaga’s dogs, is more common than you may think. Here are some ways to prevent it and some steps to take to help get your dog back if they are taken. 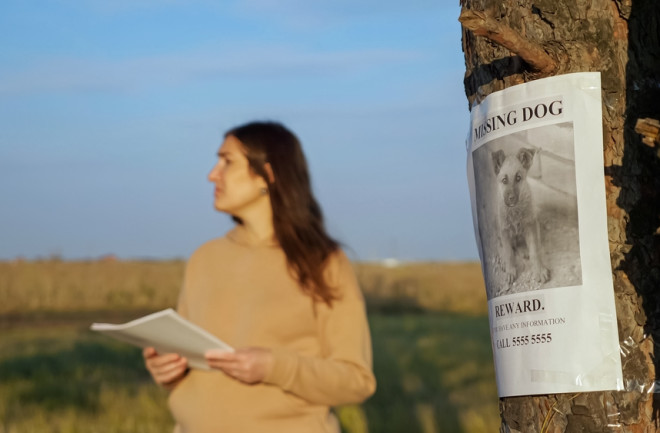 In Feb. 2021, Lady Gaga’s dog walker, Ryan Fischer, was famously held up in a Hollywood dog robbery. It was something out of a movie. The perpetrators were after the singer’s French bulldogs — Miss Asia, Gustav and Koji — shooting Fischer in the chest while he tried to defend them. Gustav and Koji were stolen in the terrifying attack while Miss Asia ran off and was later picked up by police.

In response, Lady Gaga offered a generous reward for the safe return of her beloved pooches. “My heart is sick, and I am praying my family will be whole again with an act of kindness. I will pay $500,000 for their safe return,” she wrote on Instagram. The dogs were later returned by a woman who claimed she happened upon them but was later charged as an accessory to the crime.

Read more: Do Pets Have a Positive Effect on Your Cognitive Health?

While the theft of Lady Gaga’s dogs made front-page news, these sorts of crimes happen more often than one might think. According to Canine Journal, 2 million dogs are victims of dog theft each year in the U.S., and only around 10 percent are returned.

French bulldogs are among the most popular victims because they’re worth between $1,500 and $3,000. Beyond French bulldogs, smaller toy breed dogs, including Yorkshire terriers, Pomeranians and Chihuahuas, are commonly stolen. “They’re easy to grab and are worth a lot of money,” says Kathleen Summers from The Humane Society of the United States. Less expensive breeds can also fall victim. While it’s less common, some dogs are stolen to use as bait dogs in dog fighting rings.

In some cases, dogs are even held for ransom. Jessica Price of San Diego gave a teary interview with the local news when her Chihuahua mix, Chapulin, was stolen and held for ransom. Price agreed to pay the thief $2,000 for his safe return, but instead, she tragically found him dead in a tiny cage by a dumpster.

What to Do to Avoid Pet Theft

While it would be more difficult to avoid theft at gunpoint, as in the case of Fischer, you can do a lot to prevent dognapping.

Read more: How Does Your Dog Understand You?

Keep an eye on your pup.

Don’t leave them in your yard unattended or in a car, even if it’s locked. “If you do leave your dog alone in the yard when you can’t watch them, consider getting a surveillance camera,” says Summers. She also notes that putting up signs to let people know you have surveillance can help ward off criminals.

Make sure your dog or pet is spayed or neutered.

Many pets are stolen and sold off to puppy mills, where they can be used for breeding.

Make sure your dog is microchipped.

This way, if your pet is sold to someone who didn’t realize it was stolen, you can prove it’s your dog. “Scanning that microchip will prove whose pet it is,” says Summers.

Keep updated photographs of your dog or pet.

This can also help prove the dog is your pet, and it can alert authorities about the type of dog they’re looking for. Putting up recent pictures on social media can help potential buyers realize they’ve purchased a stolen pet.

What to Do if Your Dog is Stolen

If your pup is stolen, Summers says you can take the following steps to increase your odds of being one of the lucky 10 percent who gets their pet back. Start by contacting local law enforcement and your local Humane Society; then check classified ads or CraigsList to see if a similar dog is up for sale, and post about your missing pet on social media.

Be weary if someone contacts you and says they’re holding your dog for ransom. “Scammers may look for missing pet ads and pretend that they have your pet when they don’t,” says Summers.

The bottom line is to get the word out to your community in the hopes that if someone buys your dog unknowingly, they’ll return it because they didn’t realize it was stolen in the first place.