What Is a Black Moon? 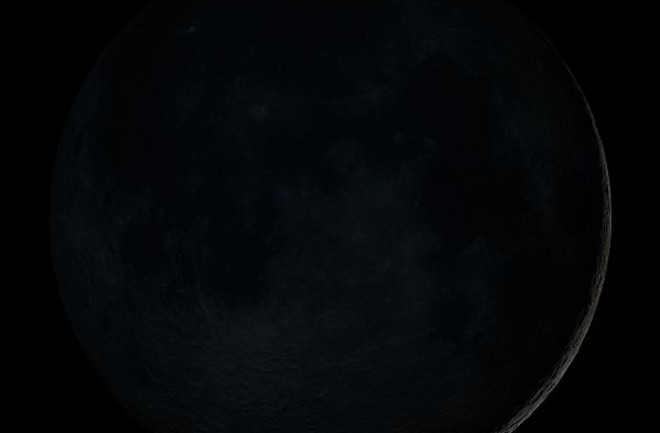 (Wikimedia Commons) The astronomical spotlight will shine on the Western Hemisphere as September winds down. But this spotlight defies convention, because it is defined by its very lack of illumination. The event is what some people call a Black Moon — the second New Moon to occur in a calendar month. In this respect it mimics the Blue Moon, which typically refers to a second Full Moon in a month. But you can see a Full Moon. New Moon arrives when Earth’s lone natural satellite passes most directly between the Sun and our planet. Sunlight then falls solely on the far side of the Moon, so the hemisphere that faces Earth remains in complete darkness. The New Moon also crosses the sky with the Sun, so any hint of its presence gets washed away in the solar glare. New Moon officially takes place at 8:11 p.m. EDT on September 30. (The first New Moon of the month happened at 5:03 a.m. EDT on the 1st.) Although Black Moons are uncommon, it would be a stretch to call them rare. The last such Black Moon in the Americas occurred in March 2014; the next will come in July 2019. To complicate matters, there is no Black Moon this month in Europe, Africa, Asia, and Australia because New Moon arrives after midnight, when the calendar will read October. This side of the globe will have to wait until the end of October for their brush with the astronomical spotlight.