What Happens When Galaxies Collide? 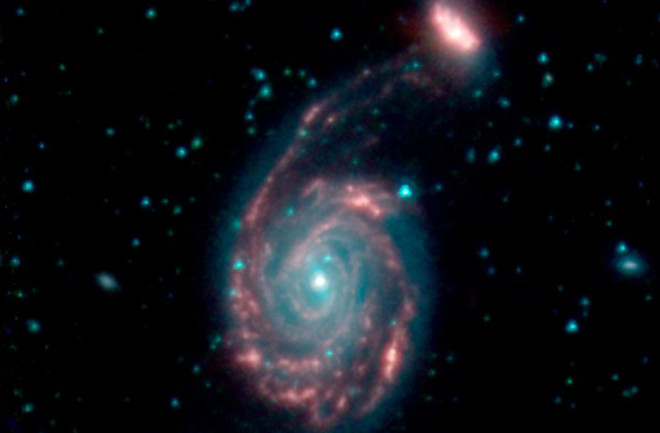 Galactic smash-ups can reignite or destroy galaxies — but which will it be? Astronomers using space- and ground-based telescopes to peer inside the mergers of nearby galaxies are hoping to learn more about these events and what they mean for the history and future of our universe.

Galaxy mergers have built our universe into the place it is today. Over time, smaller galaxies crash into each other, creating larger, more complex structures. But what exactly happens during a merger — and what it will wreak on the resulting larger galaxy — is a difficult question to answer. The result even seems to differ from merger to merger. While some mergers ignite star formation, lighting up the resultant galaxy in a starburst, others appear to quench it, effectively killing the galaxies much faster than if the merger had never occurred.

Most mergers in the universe were taking place about 6 billion to 10 billion years ago. That means they are far away and difficult to study. But local mergers, which are rarer but do occur, allow astronomers a zoomed-in glimpse of what might be happening in those faraway smash-ups. And nearby merging galaxies often appear bright at infrared wavelengths, which is why they frequently appear in GOALS: the Great Observatories All-sky LIRG Survey. This study has focused in on a 200 objects, of which several appear to be galaxies going at various stages of merging together to create a single result.

What is a LIRG? LIRGs are luminous infrared galaxies — as their name implies, they shine brightly in infrared light, which astronomers believe comes from widespread star formation. The stars’ light is absorbed by plentiful dust and gas and “reprocessed” to longer wavelengths, which is why these galaxies emit the bulk of their energy in infrared, rather than optical, light.

Mergers can seriously mess up the structure of galaxies, throwing material inward that may come dangerously close to the galaxy’s supermassive black hole. When this happens, it could in some cases “overfeed” the black hole, prompting the black hole to emit shockwaves and outbursts that inject energy into interstellar gas, heating it up too much to collapse and form stars. Astronomers believe this is one common way to quench star formation.

But in one GOALS galaxy, which astronomers studied in detail using the W.M. Keck Telescope, located in Hawaii, no such shockwaves were seen, even though the black hole showed evidence of active feeding. This has perplexed researchers, leading to the conclusion that galaxy mergers and their effects on galaxies’ supermassive black holes may indeed not be as simple as they might appear.

GOALS will continue to dig deeper into the effects of mergers and black holes on each other and on the galaxies they involve. Using Spitzer and numerous other telescopes, including the Hubble Space Telescope, the Chandra X-ray Observatory, and the Very Large Array, researchers hope to paint an ever-clearer picture of the processes that shape galaxies and the universe