What Happens in a Black Hole?

Things are about to get weird. 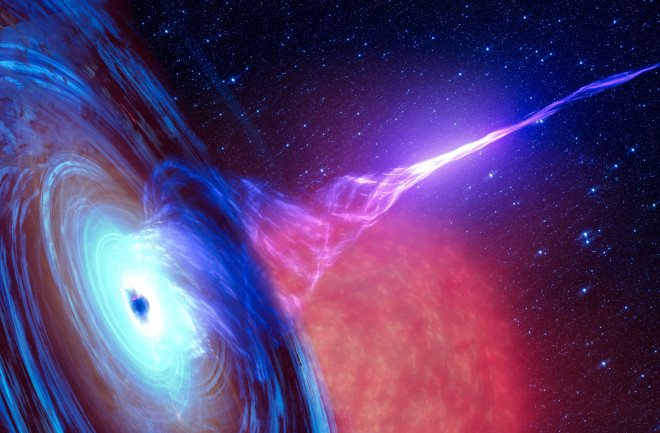 The defining characteristic of a black hole is its incredible density. A black hole is a tremendous amount of matter crammed into a very small — in fact, zero — amount of space. The result is a powerful gravitational pull, from which not even light can escape — and, therefore, we have no information or insight as to what life is like inside.

As objects and material are drawn into a black hole, they’ll undergo a process evocatively called spaghettification. This is because gravity is so extreme and increasing so rapidly as you approach the black hole that your head and feet would experience drastically different gravitational environments. You would be physically stretched out, and your sense of time would slow to a crawl in the brief moments before you fell into the singularity, the zero-point of the black hole itself.

But that technically happens just outside the black hole.

Once you enter the singularity, the truth is that astronomers don’t know what happens. But physical forces dictate that you would be crunched down not just to cells or even atoms, but to a perfect sea of energy, devoid of any hint of the object you previously were. Your mass is added to the black hole’s, and you become the object of your own destruction.

Mathematically, it’s possible that black holes form wormholes, portals to other places in space-time or even other dimensions. But many scientists think that possibility exists only on paper, and that the real world is too messy and unstable to support wormholes.