What Gives Your Favorite Whiskey Its Unique Flavor?

It’s all about that barrel. 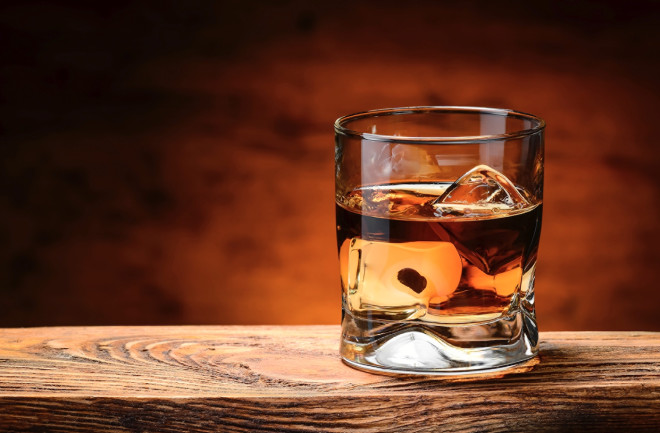 This story originally appeared in the December issue of Discover magazine as "Aged to Perfection." Support our science journalism by becoming a subscriber.

Global whiskey production is at an all-time high. The American whiskey industry — known for its bourbon, rye and Tennessee whiskey — reported U.S. sales spiked more than 72 percent over the past decade, generating nearly $4 billion in revenue in 2019 alone. But few whiskey drinkers could likely name what they’re actually tasting in that shot glass or tumbler. So, in the name of science, we turned to the experts.

Whiskeys are made from grain — single-malt Scotch from malted barley, for instance, while bourbon is made with a minimum of 51 percent corn — and undergo an aging period in a wooden barrel. It’s this wood, some say, that imparts as much as 70 percent of the spirit’s flavor.

You’ve got to break down the wall to access the flavors — that’s why barrels are heated and charred. “Cellulose and hemicellulose will contribute caramel, toffee, nutty, maple, cardboard or cotton candy notes to whiskey, whereas lignin contributes vanilla, smoky, leather, spice, creamy or medicinal flavors,” says Livermore.

Whiskey barrels are typically made of oak, and the attributes of oaks vary both by species and region. French oak barrels make whiskeys with more astringency and spice, says Bill Lumsden, master distiller for Scotland’s Glenmorangie Co. American oak gets you more smoothness and sweetness, he says, boasting flavors such as vanilla and coconut.

Water-soluble tannins are another compound found in wood. When burned, they convert to acids, which in turn react with any oxygen seeping in through the sides of the barrel, Livermore says. The chemical chain reactions keep coming, including esterification, in which acid and alcohol react to produce flavors ranging from fresh grass to green apple. (Craft beer lovers might recognize these flavor compounds, known as esters, as the banana flavors in their hefeweizen.) Leftover tannins provide a tealike astringency. Meanwhile, evaporation — the “angel’s share,” as it’s called in the business — concentrates the flavors in the remaining liquid.

Some distillers move whiskey to another barrel for secondary maturation. These finishing barrels typically held wine, sherry, port or even another spirit before being repurposed. Lumsden and Glenmorangie were early innovators of this practice, which has now become widespread across the whiskey world.

“It’s a direct addition of flavor from the residue of whatever has been in the barrel previously,” says Lumsden. As a fortified wine, sherry in particular can deliver flavors of dried fruits, thanks to high levels of a compound called furfural.

Next time you’re savoring a sultry sip of your favorite whiskey, consider raising a toast to the tried and true scientific formulas that guided its creation.