The nearest exoplanet discovered so far orbits the star Proxima Centauri, located 4.2 light-years from our planet. 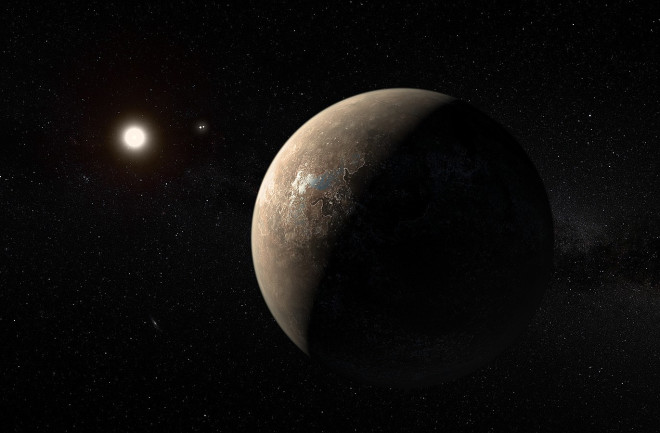 Astronomers are finding new exoplanets nearly every day. But this particular answer probably won’t change, because astronomers have already found two planets orbiting Proxima Centauri, the closest star to our sun. One of them was discovered in 2016, and is just slightly larger than Earth. Even more exciting, it orbits in the habitable zone of its star, where temperatures allow liquid water – and therefore possibly life. A second world was announced in 2020. This one is a few times the size of Earth, and orbits farther away, on a colder track.

Proxima Centauri is only 4.2 light-years away. This is still tens of thousands of years by rocket travel, but only a hop, skip and a jump away in cosmic terms. If there were a star closer than Proxima, we would have found it by now. Without any closer stars, astronomers don’t expect to find any closer planets.

There is always the chance of a rogue planet existing closer than Proxima. Rogue planets are those that escaped their star systems and now travel the galaxy solo. But while astronomers think rogue planets are reasonably common, it’s unlikely one would lurk quite that close.