Though often talked about as the "feels like" temperature, wind chill involves a lot more than just how you feel outside. 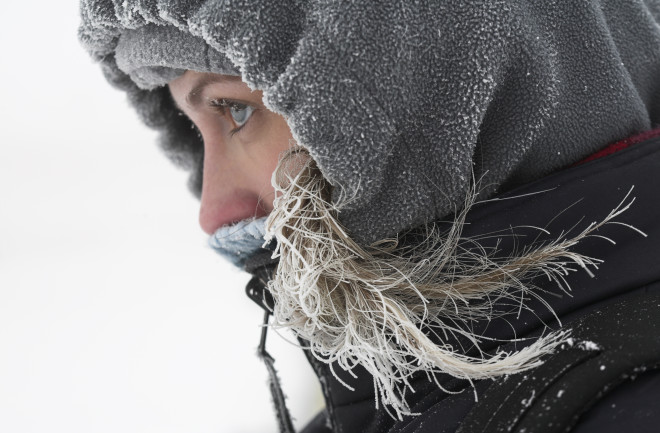 You know the forecast is bleak when, in the winter months, two sets of digits appear on your local TV weather report. One set of numbers is the daily temperature. The other, colder digits show the wind chill — something the meteorologist might describe with the phrase feels like.

Though the phrase makes for a convenient way to talk about wind chill, it’s not a perfectly accurate shorthand. The concept of wind chill — and the formula meteorologists use to calculate it — measures how wind speed and outdoor temperature combine to create more challenging conditions than the latter might accomplish alone.

The formula has been (and will be) tweaked over time as researchers fine-tune their understanding of how wind and our bodies interact. “Wind chill temperature, I think, is probably a good representation of the scientific process in full view,” says Neil Laird, an atmospheric scientist at Hobart and William Smith Colleges.

Windchill calculations assess something we instinctively know: Wind makes a cold day feel worse. Our bodies generate heat, which transfers into the atmosphere. If air lingers around our skin — a phenomenon that happens in the feathery layers of a down jacket — our bodies can heat it up and we stay relatively toasty. Breezes create the opposite situation. Air, warmed by our bodies, gets whisked away and replaced with colder temperatures, Laird says. The stronger the wind, the more quickly we lose the warmed air. Constant heat loss into the atmosphere pushes our bodies to work even harder so that we stay warm enough.

The most brutal examples of how wind makes the cold more unbearable can be found in Antarctica, which is where the idea to measure wind chill was born. “Perhaps there is no place on earth where one is so acutely aware of need for a suitable scale to express sensible temperatures as the polar regions,” wrote Paul Siple and Charles Passel, two members of the United States Antarctic Service, in the late 1930s and early 1940s. While at the Little America III exploration base, the duo carried out the first experiments to measure what they called the wind-chill index. The team hung a canister of water outside, measured how long it took to freeze during different wind speeds and temperatures, and then came up with a formula to measure the “total cooling power of the atmosphere.”

Granted, a jar of water is not a human body, so these initial wind chill measurements were pretty crude. “It didn't start out all that representative, but it was information that wasn't otherwise had at that time,” Laird says. “It was more of a way of thinking about [how] these extreme conditions can really be impactful in a very short time.” Since then, other researchers have applied wind chill measurements outside Antarctica and tweaked the calculation to reflect people's actual experiences. The original formula assumed people outside would be standing still, so later versions accounted for average human walking speed when calculating the wind's effects. Standard protocol for measuring wind speed is almost 33 feet off the ground — but since no one is that tall, wind chill calculators eventually accounted for how a breeze might feel at human-body heights.

In 2001, U.S. and Canadian weather and climate agencies teamed up to review wind chill calculation protocols. The final equation they settled on is the standard used across both countries’ weather services today, Laird says. And relatively recently (in the history of wind chill calculations, that is) forecasters began describing the wind chill index as feels like temperatures — as in, a 30 degree Fahrenheit day “feels like” 19 degrees Fahrenheit.

But the feels like approximate doesn’t quite capture all that wind chill is supposed to convey. Combined wind and cold puts bodies under greater stress, Laird says. “It can have impacts beyond just feeling cold.” And the formula doesn’t account for the way every person interacts with the cold and wind. How quickly someone loses body heat outside depends on other climate conditions and personal factors, like their size and what they’re wearing — details that original windchill developers knew made a difference and that other, independent windchill calculators like the Universal Thermal Climate Index try to take into account.

Despite these imperfections, the descriptor can still provide useful information. If the message comes across that the conditions outside are less enjoyable (and potentially more hazardous) than what temperature alone will tell you — and if that’s enough to convince people to spend less time outside that day, or to grab warmer gloves before heading out the door — then that’s valuable, Laird says. In some cases, wind chill assessments can provide better indicators of weather-related harm than temperature alone. A 2018 study found that in winter months, wind chill temperatures were better predictors of cardiovascular disease emergency room visits in New York than air temperatures.

At the same time, the National Weather Service is still evaluating how it communicates risk — from the phrasing meteorologists use to how people perceive warnings. The process has those involved dipping into other professions for help, Laird says. “Physical scientists are now working with social scientists to try to figure out what is the best way to communicate [this information] to people.” As those conversations continue, who knows? Maybe what you see on your local weather report might start to look a little bit different.