What Did the Transition From Hunter Gatherer to Farming Really Look Like?

Growing in agriculture as humans took time, and much of it was by accident. 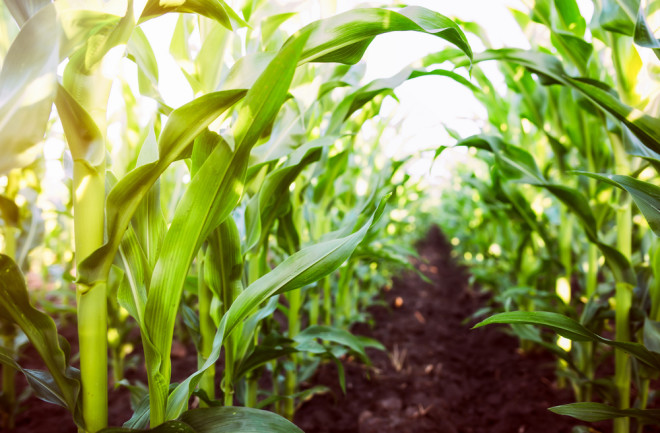 As humans, we could look at farming and agriculture as something that was invented. One day, we were moving around in small groups, spearing antelopes and gathering berries, and then we decided to stay put for a while. But the transition to a more stationary way of life didn’t happen over night. In truth, it took thousands of years and much of it was accidental.

This transition was gradual and likely took nearly 9,000 years, says Bill Finlayson, a professor of archeology at Oxford University. In the beginning, hunter gatherers were simply interfering with the local plants and animals, moving seeds to new environmental locations where they hadn’t grown before and being more thoughtful about the population of animals they were hunting.

“They were starting to hunt the young males because it didn’t have as much of an impact on the animal’s overall population,” Finlayson says.

Agriculture started almost accidentally with people who remained mostly hunter gatherers, according to Jay Stock, a professor of biological anthropology at Western University in Ontario. Over time, it transitioned to a more laborious process that required workers to stick closer to home.

“As humans harvested wild wheat, the seeds would shatter and spread closer to their campsites,” he says. “But the wheat itself evolved over time so that the seeds would not shatter as easily, requiring more labor and trapping people into a [work] cycle where the food was abundant and grown close to home.”

It’s less likely that agriculture was something people intellectually pondered at first. It simply happened. Similarly to oats and wheat, other plants would start off wild and then over generations humans would plant and grow them in a location closer to a more sedentary population, says Stock. At around the same time, humans were domesticating animals because they could use the manure to fertilize crops.

Agriculture Around the World

The available agriculture depended on what part of the globe humans called home. Plants were individually domesticated all over the world, says Stock. For example, humans domesticated rice, millet, and sorghum in Africa; wheat and barley in the Levant; millet and rice in China; yams, bananas, and taro in Papua New Guinea; maize, sunflower, and squash in North America; and potatoes, quinoa, and other crops in South America.

Stock says that it took years for these domesticated plants to transform into large scale agriculture. He also notes that not everyone made the transition. Around 20,000 years ago, some hunter gatherers became more sedentary without ever necessarily moving into agriculture. Rather, they would just stay in one place for longer periods of time.

“Archaeological sites such as Kharaneh IV in Jordan, and Ohalo II in Israel, show that hunter gatherers were living in semi-sedentary camps for large parts of the year,” Stock says.

But in places like Jericho — known to be the first continually inhabited city in the world— agriculture did take hold. Jericho and the Levant in general seem to be a symbol of the transition for the rest of the world to follow.

People started to build more permanent structures like stone. They built more communal buildings like the Tower of Jericho. While we don’t know the Tower of Jericho’s exact purpose, we do know it likely had something to do with community gatherings. According to Finlayson, people had to learn to deal with each other and buildings like this gave them a place to come together.

“Hunter gathers could just walk away when they had a conflict, but it’s harder when you have a stone house and a field of crops,” Finlayson says.

The Levant is where we first see wheat, oats, chickpeas and lentils grown, as well as sheep and goats to fertilize the land. However it also shows that like other archeological sites around the world, the transition was more of a process and less of a decision.

“It was once thought that the Neolithic represented an abrupt and purposeful agricultural revolution at about 12,000 years ago. We now understand it to have been a gradual process that started thousands of years earlier,” says Stock.