What Are Intermediate-Mass Black Holes? 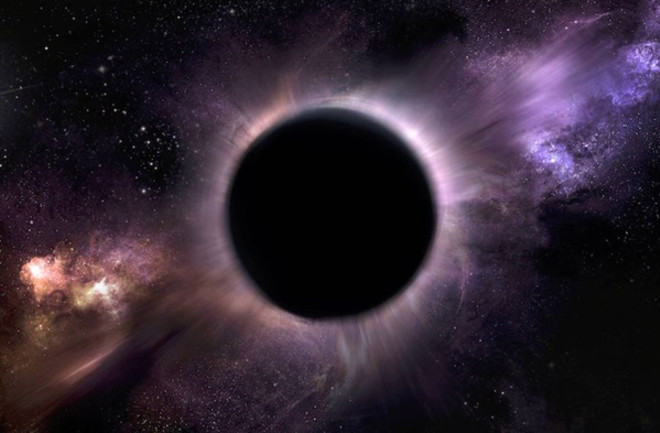 The hunt for intermediate-mass black holes (IMBH) has picked up over recent years, and there are now dozens of promising candidates. This artist’s concept depicts a 2,200 solar mass IMBH suspected to reside in the heart of the globular cluster 47 Tucanae, located some 15,000 light-years from Earth. (Credit: B. Kiziltan/T. Karacan)

Black holes have long served as fodder for science fiction — and for good reason. These unimaginably dense objects contain so much matter trapped in such a small volume that their gravity prevents even light from escaping their surfaces.

Although the first prediction of a black hole was made nearly 250 years ago by the English philosopher and clergyman John Michell, the first black hole candidate, Cygnus X-1, wasn’t discovered until 1971. Since then, astronomers have tirelessly chipped away at countless questions related to these once-mythical beasts. But one of the most basic and enduring questions remains: Do they come in all sizes?

Small and Large, or Small to Large?

Stellar-mass black holes are thought to form when a relatively massive star dies in spectacular fashion. As the exhausted star burns through its final traces of fuel, its immense gravity causes it to collapse in on itself. If the collapsing star isn’t too big, the infalling material rebounds off the star’s dense core. This causes a supernova explosion, often leaving behind a tiny white dwarf or neutron star. But if the surviving remnant is greater than about three solar masses, not even tightly packed neutrons can prevent the city-sized core from continuing to collapse into a stellar-mass black hole.

On the other hand, there’s another class of black holes known as supermassive black holes, which serve as the central gravitational anchors of most, if not all, large galaxies. Though supermassive black holes are anywhere from millions to billions of times the mass of the sun, they pack all that matter into a region roughly the size of a single star. There are many lines of evidence that indicate these cosmic behemoths are common throughout the universe, but exactly how and when they formed still remains a mystery.

But what about the in-betweeners? Shouldn’t there should be a class of mid-sized black holes that split the difference between stellar-mass and supermassive black holes? These cosmic middleweights, which would range from about 100 to 1 million solar masses — though the specific range varies depending on who you ask — are referred to as intermediate-mass black holes (IMBHs). And although astronomers have found several compelling IMBH candidates spread throughout the universe, the jury is still out on whether they truly exist. However, the evidence is beginning to pile up.

Located roughly 290 million light-years from Earth, the edge-on spiral galaxy ESO 243-49 is thought to harbor one of the first strong candidates for an intermediate-mass black hole, HLX-1. The black hole (circled) was found near the edge of the galaxy within a cluster of young stars. (Credit: NASA/ESA/S. Farrell/University of Sydney and University of Leicester)

Is Proof Out There?

Though conclusive proof of IMBHs remains elusive, over the past few decades, there have been a number of studies that have uncovered intriguing evidence hinting at the existence of these not-so-big, not-so-small black holes.

For example, in 2003, researchers used the ESA’s XMM-Newton space observatory to identify two strong, distinct X-rays sources in the nearby starburst galaxy NGC 1313. Because black holes tend to ferociously gobble up material that gets too close and belch out high-energy radiation, they are some of the strongest known emitters of X-rays. And by pinpointing NGC 1313’s X-ray sources and studying how they periodically flash, in 2015, researchers were able to constrain the mass of one of the galaxy’s suspected black holes, known as NGC 1313 X-1. They calculated it’s about 5,000 times the mass of the Sun, give or take about 1,000 solar masses, which would put it firmly in the mass range of an intermediate-mass black hole.

Likewise, in 2009, researchers uncovered even stronger evidence for the existence of a medium-sized black hole . Located some 290 million light-years away near the edge of the galaxy ESO 243-49, the team observed an incredibly bright X-ray source called HLX-1 (Hyper-Luminous X-ray source 1) that did not have an optical counterpart. This suggests the object is not simply a star or background galaxy. Additionally, the researchers found HLX-1’s X-ray signature varied with time, suggesting a black hole is brightening every time a nearby star makes a close approach, feeding gas to the black hole and causing brief outbursts of X-rays that then slowly fade away. Based on the brightness of the observed flashes, the researchers calculated a minimum mass of the black hole of about 500 times the mass of the Sun, though some estimates put its weight closer to 20,000 solar masses.

“Such a detection is essential,” said lead author Sean Farrell of the University of Leicester after the discovery. “While it is already known that stellar-mass black holes are the remnants of massive stars, the formation mechanisms of supermassive black holes are still unknown.” Farrell went on to explain that “the identification of HLX-1 is therefore an important step towards a better understanding of the formation of the supermassive black holes that exist at the center of the Milky Way and other galaxies.

More recently, astronomers have started to uncover strong evidence of wandering intermediate-mass black holes lurking near the heart of the Milky Way. For example, in January 2019, astronomers used the Atacama Large Millimeter/submillimeter Array (ALMA) to trace streams of gas orbiting an invisible object, thought to be an IMBH, with an apparent mass of about 32,000 times the mass of the Sun.

Located a scant 23 light-years from the Milky Way’s supermassive black hole, Sagittarius A*, the discovery suggests the newfound IMBH could merge with the roughly 4-million-solar-mass Sagittarius A* in the not-too-distant future. To help bolster the case for IMBHs wandering through the Milky Way, the researchers hope to use other oddly-orbiting gas clouds to probe our galaxy for more mid-sized black holes tucked away in gas-dominated regions.

So far, the LIGO and Virgo gravitational-wave detectors have teamed up to uncover 20 stellar-mass black holes in the process of merging to form black holes ranging from about 20 to 80 solar masses. Although LIGO-Virgo has not uncovered any IMBHs (over 100 solar masses), researchers are optimistic about spotting them in the future. (Credit: LIGO-Virgo/Frank Elavsky/Northwestern)

Moving forward, researchers will rely on a variety of methods to uncover a slew of more mid-sized black holes. By doing so, they not only hope to prove that IMBHs truly exist, but more importantly, they want to use IMBHs to help piece together how large black holes grow and evolve over time.

Fortunately, astronomers are now in a prime position to do just that. Thanks to the recent successes of the LIGO-Virgo gravitational-wave project — which has identified 20 stellar-mass black holes by probing the universe for gravitational waves that are produced when black holes merge — researchers have a new method for searching for small to mid-sized black holes.

Although the LIGO-Virgo collaboration has yet to uncover gravitational waves from mergers between black holes larger than about 40 solar masses, according to the LIGO website, “in [the] future, with improvement in [the] sensitivity of gravitational wave detector[s], we will have a better understanding of the frequency of IMBH mergers. The third observing run has started collecting data from April 1, 2019, and gravitational-wave scientists are very hopeful to observe these elusive sources soon!”

So stay tuned, because over the next few years, we may find definitive proof of the missing link between small and super-sized black holes. And if we do, it will finally put this cosmic conundrum to rest once and for all. Only then will we be able to stop debating the existence of IMBHs, and instead focus on unraveling their origin stories, as well as those of supermassive black holes.