With some help from Einstein, astronomers calculate the mass of a star named Stein 2051 B. 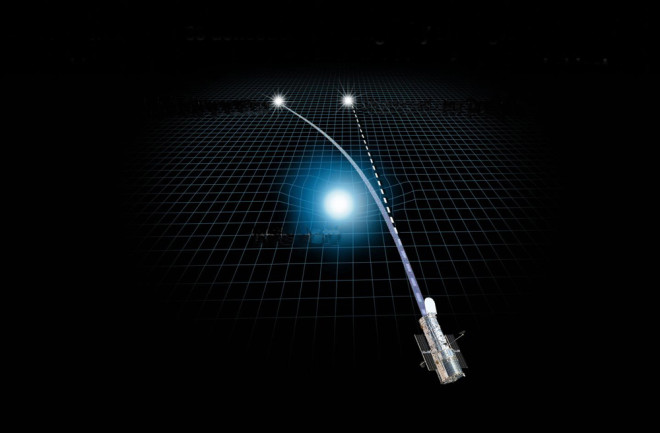 Astronomers used the Hubble Space Telescope to learn a white dwarf's (middle) mass by seeing how much it deflected another star's light. The star's real position the top left, while its observed position is the top right. | NASA, ESA, K.SAHU (STCI)

Three years ago, astronomers put a white dwarf on a scale and watched the needle move. Not literally, says Kailash Sahu, an astronomer at the Space Telescope Science Institute, but their pioneering method of weighing the star really is that straightforward. Their findings appeared in Science in June.

The white dwarf’s mass was exactly in line with predictions made in a theory developed by Subrahmanyan Chandrasekhar in 1930. Previous attempts to confirm the theory had relied on shaky assumptions, but Sahu’s group demonstrated Chandrasekhar’s accuracy while proving their own new method really works.