Was Yoda’s Advice Any Good Psychologically?

I've always wondered whether Yoda's wisdom in Star Wars was even helpful. 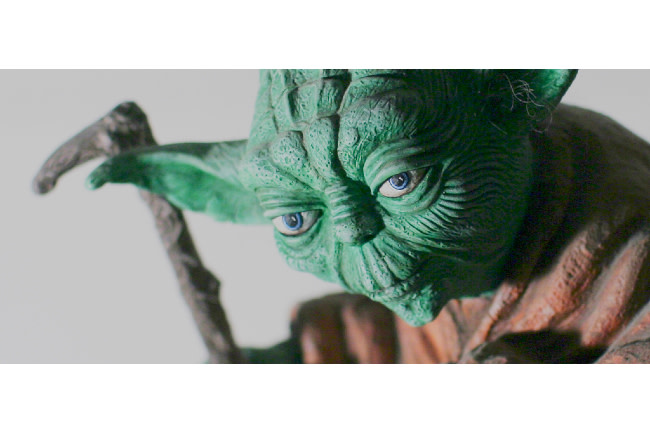 Something always bothered me about Star Wars. It wasn’t Lucas’ re-editing or the three prequels damned to sci-fi hell by angry nerds — I always thought Yoda made no sense. The little green guru was supposed to be profound and insightful but what emerged from his backwards speech struck me as banal. Yoda’s lines about fear and bravery sounded less like philosophy honed by 900 years and more like the vacuous pronouncements of a life coach. On top of all that, I wasn’t sure that Yoda’s advice was even helpful. Instructing Luke to never get angry, to never fear his enemies, seemed ignorant of human nature — perhaps even psychologically harmful. So I asked a psychologist to find out if Yoda’s advice was psychologically any good.

Dr. Nakia Gordon is a professor of psychology at Marquette University in Milwaukee, Wisconsin. Her research focuses on how we use emotion to navigate our lives. In an email exchange, I sent Dr. Gordon a selection of Yoda’s most famous lines from all the Star Wars films. Her responses follow the bolded dialogue from the films. (Dr. Gordon’s answers were slightly edited for grammar and length.)

“Adventure. Heh! Excitement. Heh! A Jedi craves not these things. You are reckless!”

“Humans are designed to ‘seek’. We have a connection between brain areas commonly known as the ‘reward system,’ which becomes active when rewards are in the environment. Some research suggests that this system promotes exploration. Exploration promotes finding new rewards and ways of doing things. You could argue that without the (anticipatory) excitement that is paired with adventure, we (as a species) would not advance.”

“Anger… fear… aggression. The dark side are they. Easily they flow, quick to join you in a fight. If once you start down the dark path, forever will it dominate your destiny, consume you it will, as it did Obi-Wan’s apprentice.”

“Anger, fear and aggression in the right circumstances are indeed easy to evoke. But they aid in survival. Without them, we die. So they are not useless. I think if Yoda had said revenge or other nuanced emotions that rely on complex cognitions, then perhaps his advice is warranted. Rumination is almost always unhealthy (contributing to the maintenance of both depression and PTSD) and it seems to me you need to ruminate in order to plot revenge. You would also need to ruminate to maintain any anger associated with the situation. But that anger would presumably aid you in the confrontation.”

[Is the Dark Side stronger?] “No… no… no. Quicker, easier, more seductive.”

“This one is interesting. Basic emotions of which anger and fear are a part of can be evoked readily. The question is whether there are easily evoked positive emotions too. People’s list of basic emotions usually includes at least one positive emotion. But that positive one is not as easily defined. Sometimes it is enjoyment, sometimes it is joy, sometimes happiness. In theory, any basic emotion should be quickly and easily evoked, but a basic positive one is elusive for researchers. Perhaps the negative emotions are as seductive to researchers as they are to Jedis.

“Fear is the path to the dark side…fear leads to anger…anger leads to hate…hate leads to suffering.”

“I can’t see where fear leads to anger. Fear makes people withdraw, anger makes people attack. But like I mentioned earlier, a complex cognitive emotion like hate could lead to suffering in that one has to maintain high negative affect to hate which consumes mental and physical energy.”

Dr. Gordon, after surveying Yoda’s advice as a whole, also had some thoughts on the emotional state of the Jedi order generally:

The first thing I thought of when you sent this request was my interpretation of Yoda as asking Jedi not to feel any emotion (which would just be bad). You need emotions to make informed decisions, and more recently, research has demonstrated that people make more cooperative decisions when they made a choice quickly and emotionally, rather than thinking “rationally” about it.

To deny emotions such as anger or excitement is to deny human nature. Perhaps human nature is exactly what Jedis don’t want to have — humans (and their fictional alien analogs) bias and bumble decisions with emotion — but feeling is critical to proper psychological functioning. I wonder if young Anakin Skywalker, dark and brooding, would have joined the dark side in the first place if he had a better system for working through his emotions than what Yoda suggested (or slaughtering a bunch of Tusken Raiders). But the intensely mindful, reserved approach does has some benefits, as Dr. Gordon also explained:

Yoda often seems to be asking for the Jedi to be in the present. In the long-term, practicing something like “mindfulness meditation” does appear to have many beneficial health effects. Mindfulness would, in theory, keep Jedi from ruminating on anger.

Overall, Yoda’s advice is too varied to consider it all good or all bad. Instructing Jedis to suppress their emotions is pretty terrible advice from a psychological standpoint — like asking humans to be Vulcans, to use another sci-fi reference. On the other hand, encouraging mindfulness, composure, and the separation of fear and anger from hate and vengefulness is advice anyone could take to heart. After all, understanding begets compassion. Jedis may fear the Sith for what they do or who they are, but hating them because of it is a moral choice perhaps leading to the Dark Side.

I came into my discussion with Dr. Gordon thinking Yoda was full of it. Perhaps more like a Jedi, I should be.

Technically, you cannot do anything without trying to do it first, Yoda.