Want Your Tombstone to Last Forever? Make It Out of Quartzite 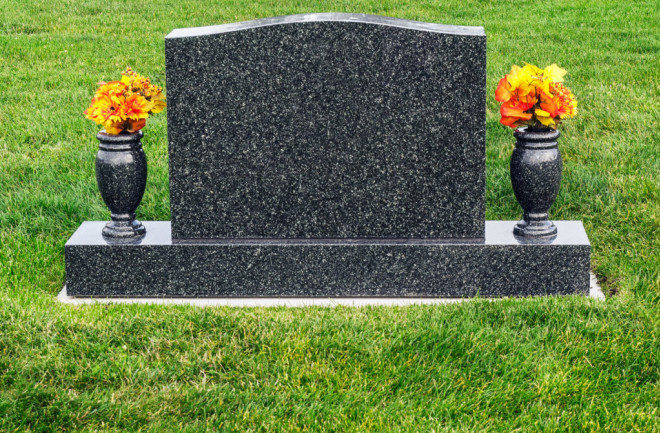 Getty Images Gravestones! It's cemetery season here in the States, so what better time to discuss how to be remembered forever? If you wander through any graveyard, you'll find grave markers made of all manner of the same thing: stone! Now, I'm sure many people don't give a second thought to what kind of rock they should use for their monument beyond which might be the most attractive. But they should. All rocks are not the same when it comes to how they handle the wear and tear of the hereafter. Most gravestones made over the last few centuries are made of a few types of rock: marble, slate, and granite are the big three. Sometimes you run into darker stones made of gabbro, maybe a few sandstone markers, but especially in more recent monuments, marble and granite (and other plutonic rocks) rule the roost. Older graveyards tend to use rock that was available locally, so they can be variable. Around central Ohio, a lot of the old gravestones are made of readily available limestone. They're attractive---but are they the best choice if you want your marker to last as long as possible? It turns out that making your gravestone (or any monument) from materials like marble is not a good idea for longevity. Rocks can break down two ways: physically and chemically. Physical weathering is the toll put on rocks by processes like frost/ice splitting, abrasion (from things hitting it), plant roots, decompression at the surface (remember, most rocks are formed deep under our feet at high pressure, so the surface is way out of the their ideal conditions) and more. Chemical weathering are reactions that occur when the rock interacts with water, air, and acids. The two types of weathering work together to make the tallest mountain into nothing more than a pile of sand given enough time. Now, rocks are made of minerals and certain minerals are more susceptible to breaking down at the Earth's surface than others. If we wanted to rank common gravestone minerals in terms of how quickly they weather, it would look something like this (from most to least weatherable):

So, what is the first thing you notice? Calcite is terrible when it comes to withstanding the ravages of chemical weathering. This is why the old gravestones of the Midwest are barely legible because acid rain created by factory pollution has dissolved a lot of the calcite in the limestone and marble gravestones. Even more hardy minerals like plagioclase feldspar, found in everything from gabbro to granite, can be susceptible to breaking down into clays when they react with acidic water. What rock types might withstand the ravages of chemical weathering? Granite is a good start, as is sandstone, because they are rich in more-stable minerals like quartz and orthoclase (a potassium-rich feldspar). However, physical weathering can hit them hard. Sandstone might be mostly quartz (depending on what kind you select), but sandstone is really just sand grains cemented together. Water can alter the cement or get into cracks between the grains, and when it freezes it can split! This is what happens in gravestones made of slate, where the prominent parting known as cleavage can allow water into the rock to split it apart. Who knew that water was such an enemy of rocks? What are you going to do if you want your gravestone to last forever? Beyond putting it someplace out of reach of most weathering like the Atacama Desert or, I don't know, the Moon, you want to choose a rock that is made of a resistant mineral that is fused together and lacks cleavage (planes of weakness in the rock). That would get you into two places. First would be non-reactive metals, so yes, make your gravestone out of solid gold and it would last a long time (or as long as it takes for someone to steal it and melt it down). You could also be remembered as your refrigerator with a stainless steel marker as well, but they aren't called gravestones for nothing. Second would be something made entirely of what we call "resistant" minerals that are resistant to chemical and physical weathering. There are a bunch of uncommon minerals like zircon, monazite and sphene that can take a beating and persist. That's why when you look at sand under a microscope, you might see a lot of these minerals --- and why the oldest stuff on Earth is zircon (the ~4.4 billion year old zircon of the Jack Hills, themselves "gravestones" of rocks that came before them). However, making a gravestone out of these minerals might mean a very, very small marker.

Quartzite: the ideal gravestone material. Erik Klemetti What more common minerals might work? Well, the two best might be garnet and quartz. Now, depending on your desire to stand out in a cemetery, trying to make an average size solid garnet or quartz marker would be hard. Typically these minerals don't form enormous blocks that can be carved into headstones. However, quartz is the primary constituent of quartzite (shocking, isn't it?). Quartzite (above) is a metamorphic rock made from heating up sandstone under pressure---it fuses all those quartz sand grains together into an interlocking network of quartz. All the weakness between the grains is removed and instead you get an almost solid block of quartz. Quartzite would be highly resistant to chemical weathering because it's quartz. And because it lacks a lot of space for water to sneak in, very resistant to physical weathering as well. Make your tombstone out of quartzite and you're looking at a rock for the ages. Or at least until the sun envelops the planet (so better get that interplanetary probe prepped to launch your earthly remains into space).