NASA’s Voyager 2 spacecraft crossed into interstellar space last November, and the results are finally in. 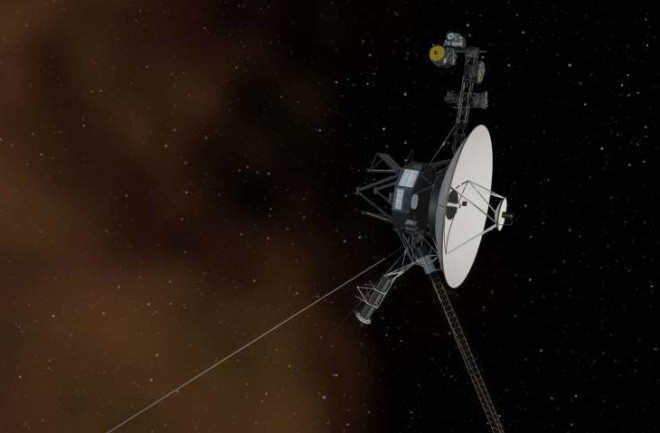 In some ways, what Voyager 2 experienced was surprisingly different from what Voyager 1 found when it passed into interstellar space in 2012. These latest results also carry a number of other surprises for astronomers. The findings were published Monday in a series of five papers in Nature Astronomy.

As the sun blows charged particles into space, it carves a bubble out of the surrounding gas and dust. Earth and the other solar system planets are nestled inside this bubble, called the heliosphere. The boundary between the heliosphere and outside space is called the heliopause. And that’s what the Voyager spacecraft blew past.

Scientists are interested in the heliopause because it presents an opportunity to learn more about the sun, interstellar space and the interactions between them. To understand what’s happening at and near this boundary, they study the information the Voyager probes collected about magnetic fields and charged particles on either side of the heliopause.

Both Alike and Different

When Voyager 1 crossed the heliopause in 2012 and measured magnetic fields inside and outside the boundary, there was no significant change in the direction of the magnetic fields. That surprised scientists.

When Voyager 2 crossed into interstellar space, it confirmed this finding. The magnetic field outside the heliosphere looks similar to what it saw before.

“We continue to have surprises compared to what we had expected,” veteran Voyager scientist Edward Stone of Caltech, one of the authors of the new papers, said in a press briefing.

Another Voyager 2 surprise is the number of particles “leaking” out from the heliosphere and into interstellar space. Even after Voyager 2 crossed the heliopause, it picked up particles coming from the sun. Voyager 1, on the other hand, didn’t see such leakage. It’s still an open question as to why this leaking is happening.

“This is a very exciting time for us,” Stone said. “There’s a lot to be learned by comparing Voyager 1 and Voyager 2.”