Vote for the 2016 Pliny for Volcanic Event of the Year 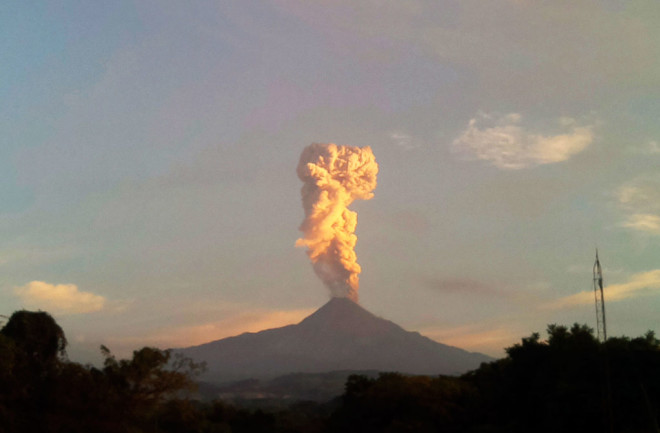 Ash and vapor rise from the Colima volcano, in Colima, Mexico, on December 18, 2016. Dario Lopez-Mills/AP 2016 is coming to a close so know it's time to look back on the volcanic action of the year. Take a moment and vote for your top 3 volcanoes that you think deserve the honor of Volcanic Event of the Year --- the coveted Pliny Award. If you need some refreshers, check of the Atlantic's review of some cool eruptions, browse through the Global Volcanism Program's Weekly Volcanic Activity Reports or flip back through the posts here on Eruptions. The polls will be open until January 5 at 11:59 PM Eastern Standard Time, so cast your ballot and I'll count down the top volcanoes right after 2017 gets started. Go here to vote in the poll! (I'll try to embed the poll when WP decides to play well with Polldaddy.) Here are the past winners of the prestigious Pliny: 2009: Sarychev Peak2010: Eyjafjallajökull2011: Puyehue-Cordón Caulle2012: Tolbachik2013: Etna2014: Holuhraun-Barðarbunga2015: Colima, Mexico If you notice any volcano that made news in 2016 missing, leave a comment below!