U.S. Government All But Disappears from the Web 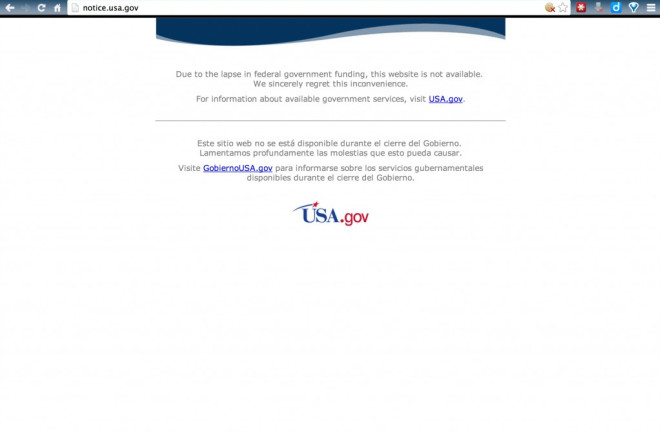 Closed for business. When I went to NASA's fabulous Earth Observatory web site today to find some imagery for a post on fractal fog, I first got the dreaded spinning pizza of death. And then the page up top appeared. DUH! Not only is the federal government mostly closed for business, it's presence on the web has mostly vanished. True, web pages connected with government services deemed essential are still up and running. And I certainly haven't done a scientific survey to see what proportion are down. But I tried a bunch, and most of them are dark. And btw, NASA has the greatest percentage of employees on furlough — 97 percent — according to a piece in Slate. Does anyone else get at least a vague feeling that we've entered some sort of new territory with this, and not a very good place at that?