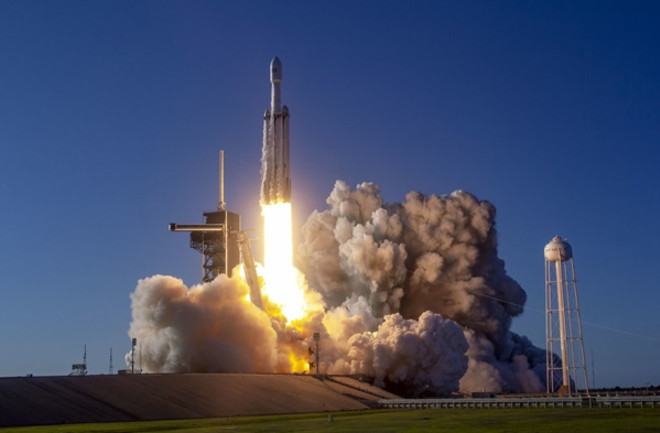 The third launch of SpaceX’s Falcon Heavy rocket is scheduled to blast off from Kennedy Space Center late tonight, June 24. Along for the ride will be 24 satellites and a slate of experiments, including new technology developed by NASA that will help guide our way to Mars. Check out the livestream here:

The Deep Space Atomic Clock (DSAC) is a step forward for NASA’s spacecraft guidance systems. Right now, scientists have to send a signal from ground-based atomic clocks to traveling spacecraft, then wait for the ping to come back. The amount of time it takes to send and receive the signal tells them the speed and distance of the satellite or spacecraft. This could take up to 40 minutes, depending on how far away the spacecraft is. On a manned mission to Mars, astronauts could easily miss their destination waiting for the return signal from Earth.

With planned missions to Mars, the DSAC’s one-year mission will help test out a more precise tracking system for astronauts. In the future, technology like the DSAC could be a part of the spacecraft’s navigation system. This would allow the spacecraft to calculate its own trajectory.

NASA’s Space Environment Testbed (SET) satellite will also be aboard the SpaceX rocket. Its aim is to study how other satellites are affected by space radiation, which can cause problems with communication.

The Planetary Society, a space exploration non-profit, will be going solar sailing following the Falcon Heavy’s launch. Their LightSail2 craft hopes to be the first spacecraft to orbit the Earth propelled only by the pressure of photons emitted from the Sun. The first LightSail had a successful trip but experienced a few technical glitches during its flight.

This launch is another unmanned test for Falcon Heavy, as the company prepares for the planned September launch of SpaceX’s Crew Dragon spacecraft. If successful, that mission will be the first to launch Americans from United States soil since the end of the space shuttle missions.