Researchers find cases of bed burials, which were unusual in medieval Europe and exclusive to women in the A.D. seventh century. 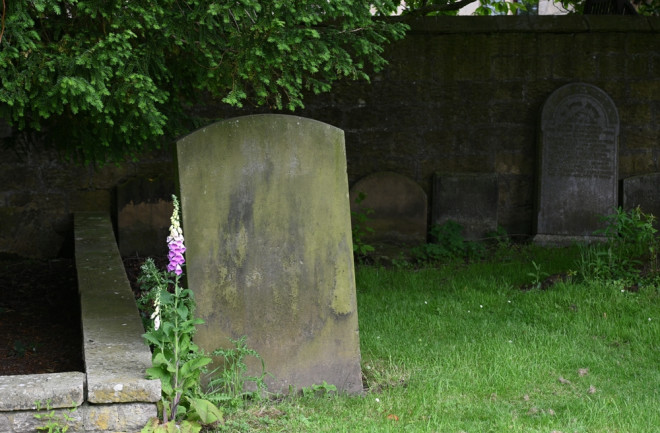 Burials throughout history have not just been a mere act of burying the dead, but also a way of making a statement. Egyptians had burials within gigantic pyramids and the Vikings buried their dead at sea. The final resting places can tell a lot about their occupants and the society in which they lived.

Recent research in Medieval Archaeology suggests that bed burials were practiced in early medieval Europe, but rarely. A bed burial was the burying of the dead in a bed.

Dr. Emma Brownlee, an Ottilie Hancock research fellow in archaeology at Girton College and fellow of the McDonald Institute for Archaeological Research, analyzed data from 72 cases of bed burials, spanning from southern Scandinavia and Slovakia to England. She found that unlike mainland Europe, bed burials in England were exclusive to women and did not start until the A.D. seventh century.

Brownlee discovered that traveling European women, who wanted to bring Christianity to England, also brought bed burials to the area.

“Bed burial is an unusual burial rite given to women in seventh century England. These burials have often been associated with Christianity; one example, the Trumpington bed burial, has a small gold and garnet cross with it,” says Brownlee in a press release.

Bed burials were known from the third to fifth-century cemetery of al-Qarara from Coptic Egypt. Researchers also found the baluster beds in Germany, which are remarkably like the sixth to seventh-century Coptic beds. Since Byzantine fashions strongly influenced the Frankish elite in the sixth and seventh centuries, it is likely that the baluster bed style was imported from the eastern Mediterranean, along with bed burials.

In 2011, researchers excavated the Trumpington bed burial and revealed the skeleton of a 14- to 18-year-old girl who had been buried on an ornamental bed with a straw mattress. The girl also had a stunning cross made of gold and garnet on her chest. Her elaborate burial with such an expensive artifact indicated that this girl was an elite, probably of nobility or royalty. The highest levels of society donned crosses like hers.

“Comparison with other bed burials from across Europe shows that the bed burial rite was originally much more widespread, with the earliest example dating to fifth century Slovakia, and the latest to tenth century Norway. Likewise, bed burial isn’t restricted to just women; men and children were also buried in beds, one of the most famous being the burial of a five- to six-year-old boy underneath Cologne Cathedral,” Brownlee adds in a press release.

The study found there were two types of beds used for burials on continental Europe: baluster beds that “have sides consisting of an upper and lower plank with turned balusters between them” and crate beds that resemble long crate-like boxes.

One of the most famous examples of a crate bed is seen in the Oseberg ship burial in Norway from A.D. 834, where experts found two women buried in crate beds with highly ornate head posts. On the other hand, beds used for burial in England had numerous metal fittings (some of which were purely decorative in nature). This includes eyelets, headboard stays and lattice bases instead of bases of wooden plank.

The grave at Poprad-Matejovce in Slovakia is the oldest and most unusual. It’s like a couch where they buried the deceased and they placed a board game in the grave. Researchers also found people of all age groups in these burials. The youngest occupant was a two to four-year-old at Weißenburg (Bavaria, Germany), and a five to six-year-old from Cologne Cathedral. There’s even a skeleton with neonatal bones found above the pelvis, suggesting the woman was pregnant.

Outside England, bed burials were associated with both Christian and non-Christian communities. Brownlee elaborates further in a press release, “Isotopic analysis from three of the English bed burials suggests that the women buried in them did not grow up in Britain. This, along with the stark differences in who was given a bed burial in England and continental Europe, suggests that it was imported by a specific group of women, likely linked to conversion efforts in the seventh century. Bed burial therefore acquired feminine and Christian characteristics in England that it did not have elsewhere.”