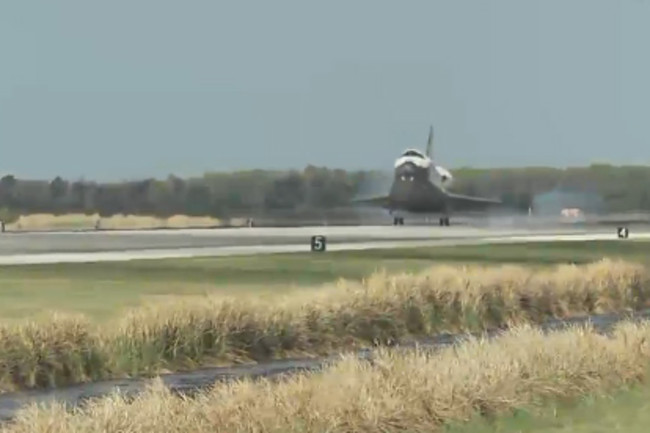 Today, Wednesday, March 9 at 11:57 a.m. Eastern time, Discovery -- the Orbiter that launched Hubble in to orbit, then serviced it twice; that deployed Ulysses; that was the last Orbiter to dock with Mir; that twice was the first Orbiter in space after another was lost; that served more flight days than any other Orbiter, 365 in total, a solid year; a spaceship built by humans that's logged 238,000,000 kilometers (148 million miles) in space, the most used spacecraft ever built by humans -- set her wheels to Earth one final time. I'd say "Welcome home", but the ground is not a spaceship's home.