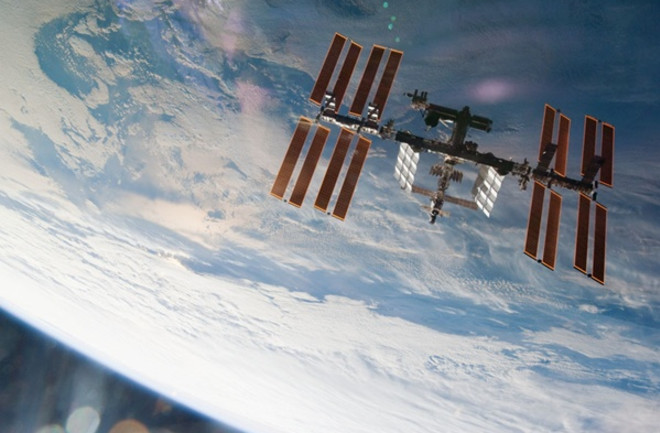 Exactly 50 years after the first humans stepped foot on the moon, three astronauts will blast off into space to join the current crew on the International Space Station.

On July 20, NASA astronaut Drew Morgan, European Space Agency astronaut Luca Parmitano, and Russian cosmonaut Aleksandr Skvortsov, will launch from Kazakhstan around 12:28 EDT. After a four-hour orbit around Earth, the crew will travel the last two hours to the ISS, docking around 6:50 p.m. EDT. Two hours later, the hatch will open into the ISS and the current crew will greet their new members, officially completing the team for Expedition 60.

Currently on the ISS are NASA astronauts Nick Hauge and Christina Koch, along with Russian cosmonaut, Alexy Ovchinin, who have been waiting for the rest of the crew for Expedition 60 to join them. On June 24, their three previous crew members returned to Earth after Expedition 59 was complete.

During Expedition 60, the crew members will print 3-D organ-like tissues in microgravity, along with other experiments in biology, physical science and Earth sciences.

Koch’s time at the ISS will set records. By continuing on to Expedition 61, she will break the record of the longest single spaceflight by a woman, currently held by Peggy Whitson.

NASA will be live streaming the launch, docking, and the hatch opening as well. Coverage of the launch will begin at 11:30 a.m. EDT.