Find an event near you, host your own watch party or observe the Moon solo to celebrate our nearest neighbor. 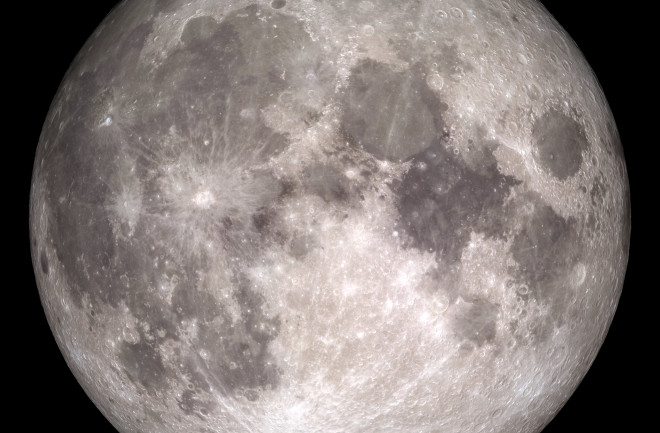 The story of the Moon is deeply connected to the story of our own planet. We’re sharing space – literally – with it, and everything we learn about the Moon helps us better understand the Earth and our place in the solar system. And many of us have a deeply personal connection to the Moon, says Andrea Jones, director of International Observe the Moon Night.

>>> Take part: Find an International Observe the Moon Night event near you on Science Near Me!

“Whenever we have an event, one of my favorite questions to ask is, ‘what is your favorite memory with the Moon in it?’ Everyone I’ve ever asked has an answer,” she says.

Joining Together to Celebrate the Moon

The idea for International Observe the Moon Night goes back to 2009, says Jones, who’s also the public-engagement lead of the solar system exploration division at the NASA Goddard Space Flight Center. That year, NASA launched two sister missions to the Moon: the Lunar Reconnaissance Orbiter and the Lunar Crater Observation and Sensing Satellite (LCROSS). To celebrate, NASA Goddard and NASA Ames hosted events to commemorate the arrival of these spacecraft at the Moon.

“People were so excited about the events, far and beyond any expectations of what we thought people would be interested in,” says Jones. “Our teams were just like, we’ve got to do this again.”

“In essence, it’s a day every year that we invite people to observe the Moon, to learn about the Moon and to celebrate our personal and cultural connections to the Moon,” says Jones. “That has been the case since day one, and it continues today.”

Last year, 500,000 people participated from all 50 states and over 120 countries, spanning all seven continents. The event saw more than 1,600 events, ranging from private single-family events to public events hosting tens of thousands of people.

“The event has expanded from something very small into something massive, but it still has the same heart,” says Jones. “It’s in communities and in people’s lives, as we’ve always wanted it to be.”

The Moon is very personal to a lot of people, says Andrea Jones, director of International Observe the Moon Night. Ask anyone for a favorite memory with the Moon in it, and everyone has an answer. (Credit: NASA)

How to Get Involved

Participating in International Observe the Moon Night looks different for everyone. People host events all over the world in honor of the Moon, both in-person and virtual, public and private, large and small. Astronomy organizations, libraries, schools and more from the world over are hosting events like skygazing parties, presentations from scientists, programs to learn about the Moon and other fun events.

To get involved, you might search Science Near Me to see if anyone is hosting a public event near you. Or you can host your own event, even if it’s just a small get-together of friends, neighbors or even just your family! You can register your event at Moon.NASA.gov as open to the public, private or even as an individual observer.

“Even if you don’t want to host an event per se, you can say, I’m here, I’m observing the Moon, I’m on the map, I’m observing with everyone,” says Jones.

The NASA Moon website has tips for hosting an event, whether you’re a teacher, librarian, troop leader or just someone who wants to bring an event to their community. “You don’t need telescopes or binoculars or any scientific expertise to host an event,” says Jones. “We want people to take this event and make it their own.”

The easiest way to host a last-minute event? Host a watch party for the NASA TV broadcast! NASA will be streaming International Observe the Moon programming from their website, including updates from researchers about what’s happening in lunar science and exploration right now.

But don’t forget to look up, too! NASA provides resources, like a downloadable Moon map that includes points of interest like mountains and Apollo landing sites.

“It’s a great way to explore this other world besides ours, to get a sense that you could really climb mountains there, that it’s a world unto itself,” says Jones. “Even if you know nothing about the Moon, or anything about what to look for, we’ll show you, and we’ll tell you a little bit about them.”

Don’t miss NASA’s resources for hosting an event or just observing the Moon on your own, like their Moon map tailored to October 1, 2022. (Credit: NASA Moon)

But looking at the Earth’s satellite isn’t the only way to appreciate the Moon. You might listen to music about the Moon, make art about the Moon or “observe” the Moon in other creative ways.

“We want you to learn something about the Moon, and we’d love for you to observe it in some way,” says Jones. “But we want you to do that in a way that’s meaningful to you.”