These Two New 'Rogue Planets' Wander the Cosmos Without Stars 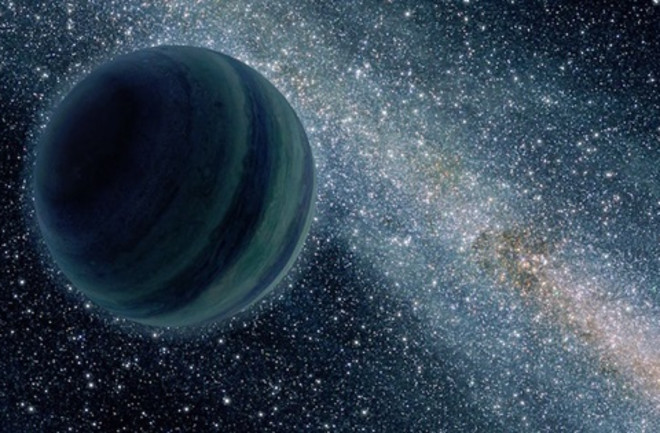 Rogue planets, like the one shown in this artist’s concept, drift through interstellar space alone, and are thought to be prevalent throughout the Milky Way. (Credit: NASA/JPL-Caltech)

Astronomers think they’ve just discovered two more rogue planets wandering the Milky Way alone. And according to the new study, which is set for publication in the journal Astronomy & Astrophysics, the planets are likely just the tip of the iceberg when it comes to free-floating worlds hiding in our galaxy.

If confirmed, the newfound rogue planets — which were discovered as part of the Optical Gravitational Lensing Experiment (OGLE) — will join an elite group of only about a dozen or so starless worlds discovered so far.

They Ain’t Too Faint

Rogue planets, or planets that travel through interstellar space without orbiting a host star, are still a bit of an astronomical novelty. Though the idea of rogue planets has been around for centuries, because they are so dim and cool, it wasn’t until recently that technology had improved to the point where astronomers could actually detect these hidden worlds. But over the past few decades, astronomers utilizing a phenomenon called gravitational microlensing have become increasingly adept at spotting such solitary worlds.

Gravitational microlensing relies on the fact that when a compact massive object (such as a rogue planet) wanders in front of a distant star, the intervening object distorts the starlight passing by it. By doing so, the object effectively acts like a lens that focuses and amplifies the light of the distant background star. By analyzing exactly how the background star’s light gets distorted, astronomers are able to then tease out details about the lensing object itself.

To track down these two new rogue planets, the researchers sifted through recent OGLE data to look for microlensing events that occurred over relatively short timescales (typically, the shorter the event duration, the less massive the lensing object). Within the data, which was supplemented with photometric observations collected by the Korea Microlensing Telescope Network (KMT-Net), the team found two enticing microlensing events — OGLE-2012-BLG-1323 and OGLE-2017-BLG-0560. These microlensing events, they say, are in line with what you would expect to see if the lensing objects are indeed free-floating planets.

Sizing up the Solitary Worlds

Based on their analyses of these lensing events, the researchers estimate one of the candidate rogue planets (OGLE-2012-BLG-1323) is roughly between the mass of Earth and Neptune, while the other nomadic world (OGLE-2017-BLG-0560) is somewhere between the mass of Jupiter and a brown dwarf. Unfortunately, the researchers were unable to constrain the mass estimates much further because they don’t have good estimates on how far away they are.

If the two rogue planets are located near us within the galactic disk, then the smaller world should be about 2.3 times as massive as Earth, while the larger rogue should be about 1.9 times the mass of Jupiter. On the other hand, if the planets are located farther away in the galactic bulge, then the smaller one would be about 23 times the mass of Earth, while the larger would be around 20 Jupiter masses — which would put the latter firmly in brown dwarf territory.

Although the available data seems to indicate the researchers have discovered two new free-floating planets, the study does point out, “It is not possible to determine, without further high-resolution follow-up observations, whether or not these planets are free-floating or located at very wide orbits.”

For now, the researchers were able to eliminate the possibility of the planets having unseen stellar companions out to distances of 6.0 and 3.9 AU, respectively. (1 AU is equal to the Earth-Sun distance of approximately 93 million miles). But, according to the study, improved instruments and next-generation telescopes will help put any remaining uncertainty related to their rogue-ness to rest.