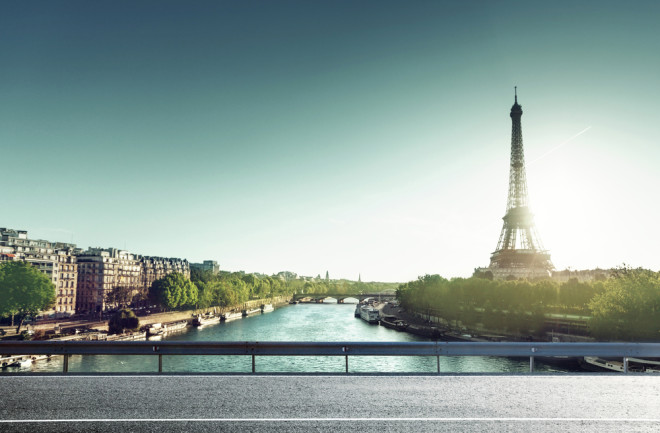 (Credit: Iakov Kalinin/Shutterstock) Planning a vacation is a daunting task, so why not let big data take the reins? That’s exactly what data scientist Randy Olson did. Using specialized algorithms and Google Maps, Olson computed an optimized road trip that minimizes backtracking while hitting 45 of Business Insider’s “50 Places in Europe You Need to Visit in Your Lifetime.” (Five locations were omitted simply because you can’t reach them by car.)

Mapping software has come a long way, but for this kind of challenge it's woefully inadequate. Google Maps’ software can optimize a trip of up to 10 waypoints, and the best free route optimization software can help with 20. But when you’re looking to hit 45 or 50 landmarks, things get complicated. According to Olson, a computer would need to evaluate 3 x 10^64 possible routes to find the best one. With current computing power, it would take 9.64 x 10^52 years to find the optimal route to hit all your desired locations — Earth would have long been consumed by the Sun before you left the house. So Olson used a clever workaround, based on the assumption that we don’t need to find the absolute best route, but one that’s pretty darn good. Olson used so-called genetic algorithms to solve the problem. Genetic algorithms start with a handful of random solutions, and then mathematically improve these random routes over and over. The best routes are saved until the algorithm can no longer find a better solution. The approach is far more efficient than evaluating every possible route to arrive at the best one.

If you plan to use Olson’s route, prepare for a ton of driving and clear your schedule. The optimized route adds up to 16,287 miles, which amounts to 14 days of driving. That doesn’t include time to step out of the car, sleep, eat, or snap a photograph. You’ll want to request about 3 months of vacation for this trip.

If the New World is more your thing, Olson has also charted a course to see the 50 major landmarks in the contiguous United States. He’s also released the code used in his mapping projects, so if you’re computer savvy you too could optimize your own fantasy road trip. You only live once, so start optimizing and hit the road!