The Sun's in a Slump 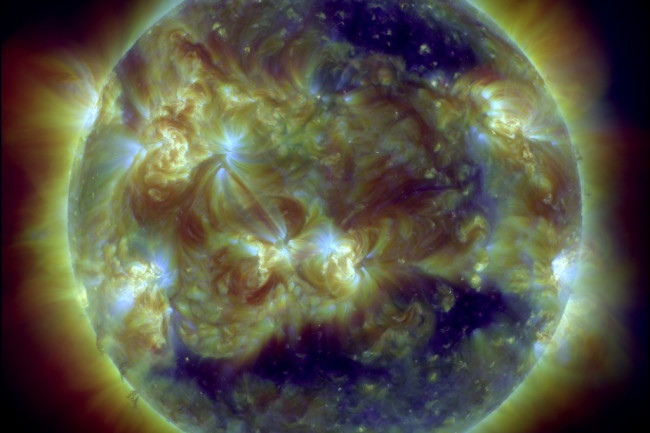 An image of the sun captured today (March 6, 2013) by NASA's Solar Dynamics Observatory, a satellite in geosynchronous orbit. (Image: http://sdo.gsfc.nasa.gov/) The sun was supposed to be full of vim and vigor right now, flaring and throwing off massive ejections of matter and radiation as it headed toward a peak of solar activity in May. But according to NASA, it's in an unexpected slump. The image of the sun above shows what the sun looks like today, as seen by NASA's Solar Dynamics Observatory. Different colors highlight different aspects of the sun's corona, including solar flares, mass ejections, and coronal loops — plasma that leaps off the surface and follows magnetic field lines in gigantic arcs. The image may suggest that the sun is restless. But in reality, solar activity has been lower than predicted lately. Sunspot numbers have been well below what they were in 2011, and the strong solar flares that were expected have been relatively infrequent. Have forecasters flubbed it? Dean Pesnell of NASA's Goddard Spaceflight Center says no. He believes this solar cycle will feature a double peak in activity. The sun hit one peak with high sunspot numbers in 2011. In 2012 activity dipped. Now, Pesnell is predicting it will go back up again this year in a second peak, before subsiding. For more information, click on the image below to watch a video released by NASA today: 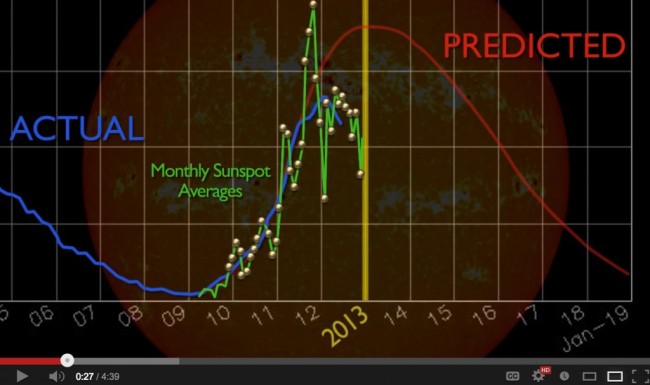