The Steady State: When Astronomers Tried to Overthrow the Big Bang

Some astronomers didn’t like the religious implications of a universe with a beginning. Their alternative was the so-called “steady state model.” 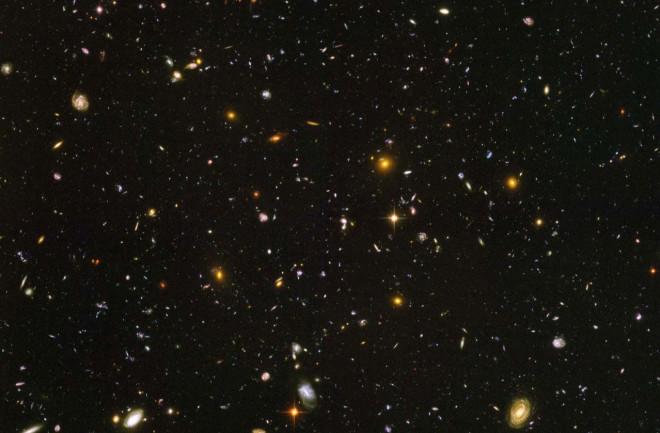 It all started with a Big Bang. Or maybe it didn’t. In the mid-20th century, most physicists were split on how the universe began — or if it even had a beginning at all. Today, scientists agree that the Big Bang theory best describes the birth of our universe nearly 14 billion years ago. The idea now has a lot of observational evidence, but in the 1940s and ’50s it was still widely debated. The Big Bang theory roused the public and religious realms perhaps even more than the scientific community, which had previously accepted an idea called the steady state model. “It was not only a scientific controversy, it also included some broader aspects, ideological and religious aspects. And that was one reason why it was so publicly controversial,” says Helge Kragh, a science historian and professor emeritus at the Niels Bohr Institute. “The steady state theory was, especially in England, often associated with atheism, and the Big Bang theory with Christian theism.” If the universe had a creation point, then it probably had a creator, the thinking went.

Read More: What Came Before the Big Bang?

Alexander Friedmann, a Russian physicist, was the first to realize that applying the rules of relativity across large scales described a universe that changed over time. With a mathematical approach, he showed the universe could have started small before expanding over enormous distances and, in some cases, eventually collapsing back in on itself.

Observations carried out by Lowell Observatory’s V.M. Slipher and, later, Edwin Hubble, showed that the universe was in fact expanding. And this helped confirm these initial ideas of the Big Bang. Two years later, the Belgian physicist Georges Lemaître published a paper describing how the expanding universe had started as a tiny, hot, dense speck, which he called the “primeval atom.” Ordained as a Catholic priest, Lemaître reported the finding as a happy coincidence of cosmology and theology in an early draft of the paper, though the comment was removed for the final publication of the paper.

Two decades later, George Gamow would develop theories on the fallout of a hot-birthed universe — namely, how it would create neutrons and protons — and published a popular book on the subject. It even caught the eye of Pope Pius XII, who was taken by the parallels between the scripture of Genesis and the scientific theory.

Unlike the church, Einstein wasn’t initially happy with the idea of a changing universe, preferring one invariable on large scales. British astronomer Fred Hoyle wasn’t happy, either. Along with two other scientists, he developed a counter-theory — the steady state model. The steady state model suggested that the universe had no beginning and had always been expanding. To explain why the universe looks identical in all directions, it proposed tiny traces of matter, too small to be experimentally measured, were continually being created.

This model initially garnered support of around half of the scientific community — albeit one that was very small at the time — and became the Big Bang theory’s biggest rival.

“This [debate between theories] was not in the mainstream of physics research,” says David Kaiser, science historian and physics professor at MIT. “Basically no one paid attention or very little attention, even among professional physicists and astronomers.”

But as evidence started gathering, that would change.

Observations of distant ultra-bright galaxies in the 1950s suggested the universe was changing, and measurements of the helium content in the universe didn’t match the steady state model’s predictions. In 1964, the monumental discovery of the cosmic microwave background radiation — direct evidence of a young, hot universe — would deal the final deathblow to the steady state model.

“It really seems to suggest … the universe had very different conditions in early times than today,” Kaiser says. “And that was just not what the steady state model suggests.”

In an ironic twist, Hoyle used the term “Big Bang” in an attempt to dismiss the theory in a BBC interview. Though his own theory would be largely lost to history, the irreverent name would stick.

“There are a couple of other puzzles, so cosmologists don't think we're done, but they’re now kind of patching or filling in some holes to the original Big Bang models — certainly not replacing it,” Kaiser says.