Could the Big Bang Be Wrong? 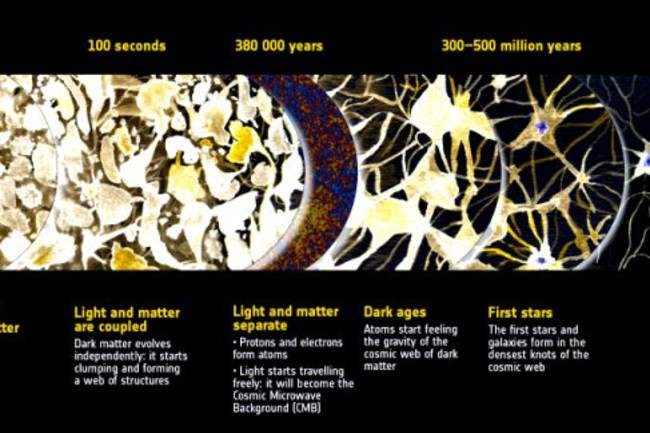 A short history of the universe since the time of the Big Bang. We can directly observe more than 13 billion years of change, but the beginning itself is an enduring mystery. (Credit: ESA)

The Big Bang is the defining narrative of modern cosmology: a bold declaration that our universe had a beginning and has a finite age, just like the humans who live within it. That finite age, in turn, is defined by the evidence that universe is expanding (again, and unfortunately, many of us are familiar with that feeling as well). Those two ideas–a singular cosmic beginning, followed by billions of years of cosmic growth–are so strange that some people have never made peace with them. As a result, skeptics have been questioning the validity of the Big Bang model for as long as there has been a Big Bang model.

Among mainstream cosmologists, doubts about the Big Bang largely melted away in the 1960s with the discovery of the cosmic microwave background–an omnidirectional buzz of radiation that makes sense only as a relic from the hot, early era of the universe. But around the fringe, the doubts have persisted. Lately they have intensified, inspired by a puzzling discrepancy in different measurements of how the universe is expanding. Even scientific centrists acknowledge that our understanding of the early universe is glaringly incomplete. So now is a prime time, it seems to me, to dig into the big question: Could the Big Bang be wrong?

This question comes up all the time in public forums and on social media. In most cases, it seems rooted not so much in misgivings about the science as in misunderstanding of what the science is. Any meaningful answer therefore has to begin with a crucial piece of clarification: The Big Bang means two quite different things depending on who you are talking to.

In popular conversation, the Big Bang is often used broadly to mean the mysterious primal event that created the universe, and it is commonly envisioned as a tremendous explosion emanating from a single point. (To be fair, popular articles and illustrations often reinforce those ideas with oversimplification and confusing language.) But that is not what cosmologists mean by the Big Bang.

One key point is that the Big Bang was not an explosion of the kind any person has ever witnessed. “This is a hard concept for people to get their heads around,” says Wendy Freedman, a veteran cosmologist at the University of Chicago. “The first thing to get rid of is an image analogous to a bomb — which is our first tendency to imagine, and which is wrong — where you have an explosion with matter that flies outward from a center. This is not what happens in space. The Big Bang is an explosion of space, and not into space. There is no center or edge to the explosion.”

There was no place outside of the Big Bang, so it was not expanding into anything. Rather, all of space began expanding, everywhere. That is why galaxies appear to be moving away from us in every direction. Any observer, anywhere, would see the same thing. I sometimes think of the Big Bang as a metaphor for human psychology. In a sense, you can think of yourself as the center of the universe, since that’s how it looks to all observers. But in a deeper sense, nobody is at the center, since the expansion is everywhere and all of us are in the same situation.

For anyone wondering how the universe could have formed from an explosion at one point in space, the answer is that it couldn’t. That idea truly is wrong — but it is also not at all what the Big Bang describes. 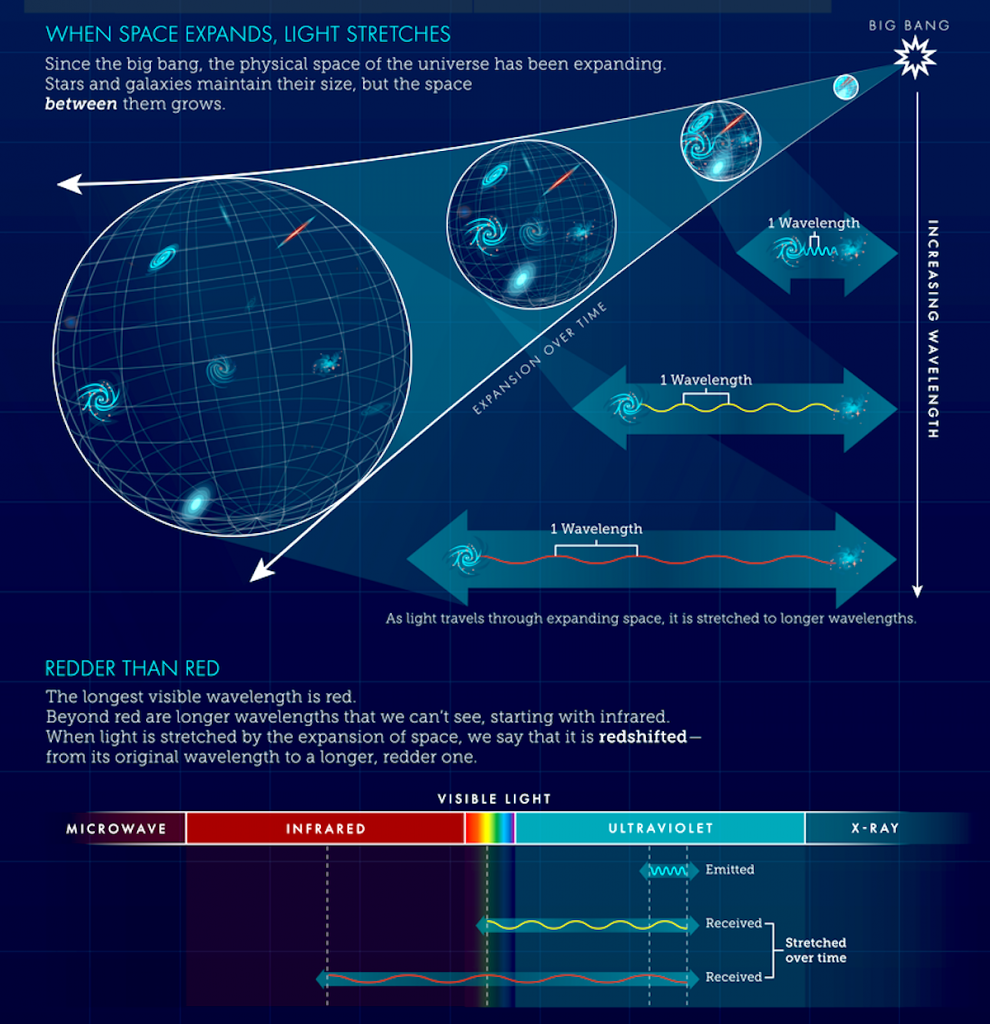 The expanding universe stretches light, causing it to appear increasingly red with distance. There is no other known explanation for this cosmological redshift. (Credit: NASA/ESA/L. Hustak)

To modern cosmologists, the Big Bang is a model describing how the universe expanded from an extremely hot, dense early state into the reality that we see today. The evidence for this interpretation is overwhelming. Certainly, nothing else has come anywhere close in the last 50 years, even as our knowledge about the universe has grown tremendously.

The most famous evidence for the Big Bang comes from “redshifts,” the observed stretching of light from distant galaxies, but that’s hardly the only source of support. The spectrum and distribution of the cosmic microwave background exactly matches expectations of the hot Big Bang. The evolution of galaxies testifies to the finite age of the universe, and the observed ages of stars exactly match up with the age of the universe deduced from the cosmic expansion. The large-scale distribution of galaxies displays a subtle rippling pattern that corresponds to the inferred rippling of acoustic waves in Big Bang’s primordial soup of particles and radiation. The observed abundances of hydrogen, helium, deuterium and lithium in the universe exactly align with models of the nuclear reactions that occurred in that soup.

Could that entire Big Bang framework of interpretation be wrong? I wouldn’t say it’s impossible, but I will call it … inconceivable.

One of the last serious holdouts against the Big Bang was late cosmologist Geoffrey Burbidge, who had championed the Steady State cosmology early in his career and refused to abandon his pet theory even long after the evidence falsified it. Later in life he came up with a complicated oscillating-universe model, which effectively incorporates many small big bangs. So really, he accepted the Big Bang, just without saying so. Discover ran a detailed profile of Burbidge and his ideas in 2005. 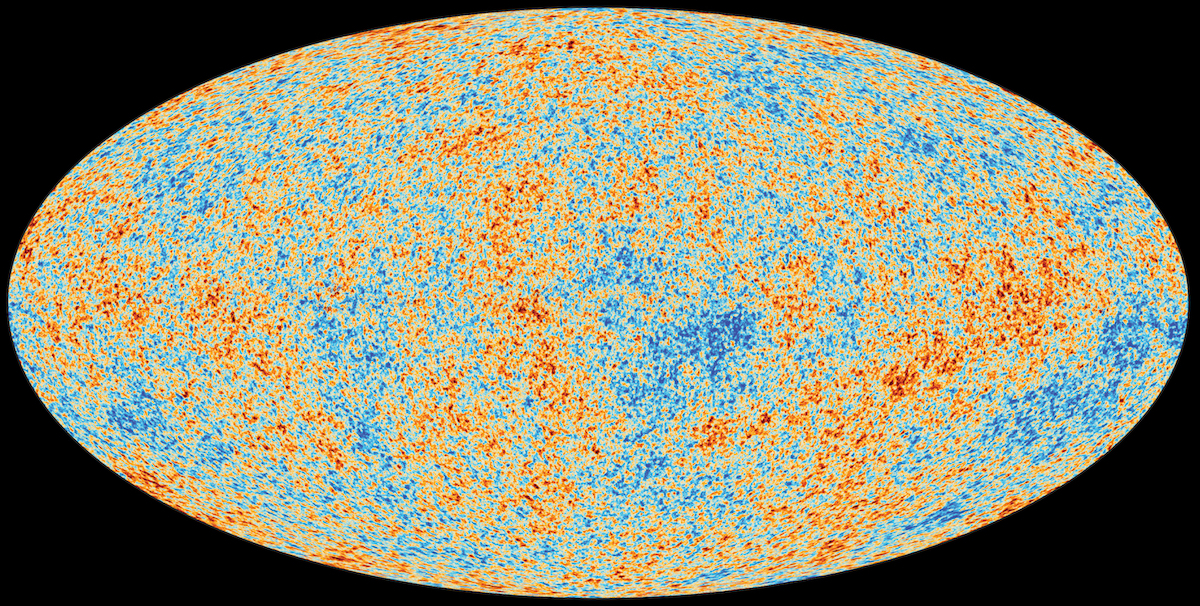 All-sky map of the cosmic microwave background, created by the Planck spacecraft, provides a snapshot of the temperature of the universe when it was 380,000 years old. The Big Bang is the only known explanation for this radiation. (Credit: ESA/Planck Collaboration)

I’ve come across many proposed alternatives to the Big Bang, but I’ve never seen one that deals honestly and comprehensively with the vast observational evidence that our universe had a hot, dense beginning about 13.8 billion years ago. The closest to a true outsider alternative that I know of is the plasma-cosmology model of Eric Lerner, a plasma physicist who developed a cult following for his view that the Big Bang never happened. His model is thoroughly inconsistent with the data, however.

At the same time, it is important to be open about how much we don’t know. It is not only possible, it is absolutely certain that our understanding of the Big Bang is incomplete.

Cosmic inflation is a widely accepted theory about what happened during the first fraction of a second during the Big Bang, but it is not proven. The current dispute over the cosmic expansion rate may be a reflection of our ignorance about that early era. Why and how the Big Bang occurred are complete mysteries. You may have heard cosmologists speculate about the “multiverse,” or about the idea of an oscillating universe with many beginnings, or about a collision between two membranes of reality that created our universe. Nobody knows which of these ideas, if any, is correct. But what they all have in common is that they all accept the evidence that our current universe emerged from an intensely hot, dense early state — which is to say, they all take the Big Bang as their starting point.

Was there a time before the Big Bang? Will the universe expand forever? Will there be another Big Bang? Is the universe finite or infinite? Do other universes exist? These are all exciting, wide open questions. We have a lot to learn about our place in nature’s grand scheme. But we can be quite confident that, wherever future theories and discoveries take us, the Big Bang will be a part of the picture.

The SciencesThe Steady State: When Astronomers Tried to Overthrow the Big Bang