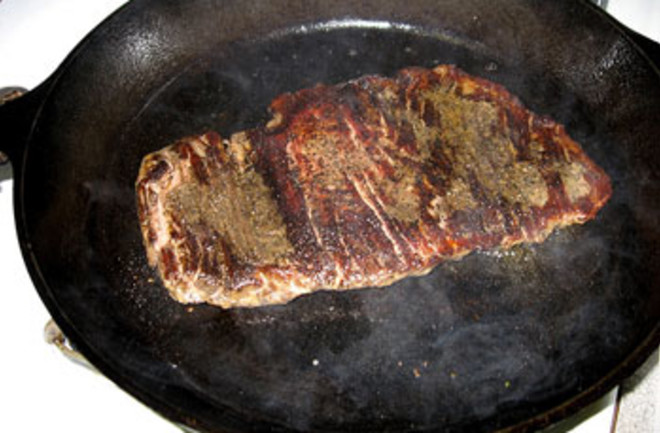 You’ll never get to take a deep breath and smell the roses in Earth’s orbit. The distinct lack of air there means you’d die a gruesome death sans space helmet, probably without smelling a thing.

Ah, but what about once you get back in your ship? As many places around the Web have been discussing recently, astronauts have said that upon coming back from space walks and taking off their gear, a certain specific scent seems to hang in the air…some think it smells like charred steak, or maybe like something metallic.

Each time, when I repressed the airlock, opened the hatch and welcomed two tired workers inside, a peculiar odor tickled my olfactory senses. At first I couldn’t quite place it. It must have come from the air ducts that re-pressed the compartment. Then I noticed that this smell was on their suit, helmet, gloves, and tools. It was more pronounced on fabrics than on metal or plastic surfaces. It is hard to describe this smell; it is definitely not the olfactory equivalent to describing the palette sensations of some new food as “tastes like chicken.” The best description I can come up with is metallic; a rather pleasant sweet metallic sensation. It reminded me of my college summers where I labored for many hours with an arc welding torch repairing heavy equipment for a small logging outfit. It reminded me of pleasant sweet smelling welding fumes. That is the smell of space.

What could be causing these smells? Judging from the molecules we know to be floating around in space, probably what astronauts are smelling is polycyclic aromatic hydrocarbons. These compounds form during combustion, which occurs during the death of stars. You find them all over the place on Earth, too, though—they’re in bacon, for instance, and are considered carcinogenic.

In fact, just knowing the chemistry of various corners of space allows scientists to make predictions about what they might smell like (if a human were to go there and sniff their space suit after a walk). Three years ago, astronomers reported that Sagittarius B2, a dust cloud at the center of the Milky Way, includes the molecule ethyl formate, which is one of the compounds behind the flavor of raspberries and the scent of rum. On the off chance anyone with a nose ever makes it out there—it’s 26,000 light years away, so maybe we’d better get to Mars first—it just might smell like a fruity summer cocktail.