The Science Leading Up to an Ultima Thule New Years Flyby 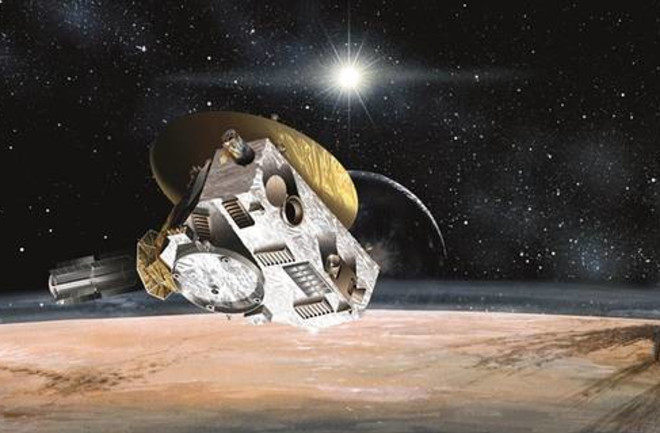 This New Years, the New Horizons spacecraft will make a historic flyby of Ultima Thule, a Kuiper belt object. Leading up to the flyby, scientists are collecting incredible data from the craft. (Credit: NASA) This New Year’s, the New Horizons spacecraft will make a historic flyby of Ultima Thule — an ancient Kuiper belt object (KBO) located on the far edge of our solar system. In the summer of 2015, New Horizons completed a flyby of Pluto and its moons, stretching the human reach farther than ever before. In just a couple of months, the spacecraft will again make history with Ultima Thule. But the exciting findings of this mission will not be limited to New Year’s — scientists have been and continue to collect data from this mission and there will be plenty of groundbreaking updates both before and after the flyby actually occurs. In anticipation of the flyby, scientists are using instruments on board the craft to monitor brightness variations to try to figure out the size, shape, and rotation of the object. They are searching for moons, surveying the surrounding area for debris and other objects, and refining navigation to best observe the object while protecting the craft, Hal Weaver, a New Horizons project scientist, said at a press conference at the Division for Planetary Sciences of the American Astronomical Society 50^th annual meeting.

The New Horizons spacecraft has a number of incredible instruments on board. (Credit: The Johns Hopkins University Applied Physics Laboratory) The New Horizons spacecraft has a number of instruments on board, including LORRI, “the eagle eyes of the spacecraft,” Weaver said, describing the high-resolution camera; a massive radio dish, an infrared spectral imager, an ultraviolet spectral imager, and three separate instruments used for measuring different types of particles. Scientists have been using them to collect data and will continue to do so through the flyby. Additionally, this data will help to inform a decision that will be made mid-December about how close to the object the spacecraft will get in order to observe it best without compromising the safety of the craft. There is a lot of excitement building for the flyby because, not only will it be a historic achievement, it could be full of surprising findings. Scientists have a few ideas about what the object will be like, there might be a lot of craters, there may be pits (kind of like sinkholes), a stretched structure, Casey Lisse, a scientist at the Johns Hopkins University Applied Physics Laboratory, said at the meeting. However, “we simply aren’t gonna know until we get there in January and I’m waiting to be surprised,” Lisse added. This mission will reveal the incredible details about the object, but “There’s one thing you can say about Ultima for sure — it’s far out,” Alan Stern, the principal investigator of the New Horizons mission, said at the meeting.