The Recipe For Immortality

An expert in synthetic biology explains how people could soon live for centuries. 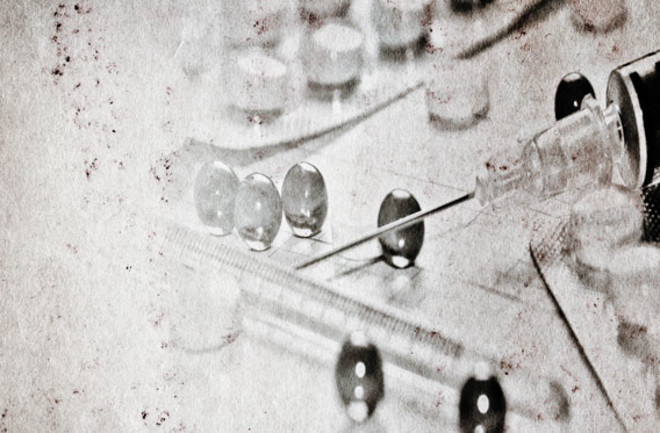 The yearning for immortality dates back at least to ancient times. As human brain size increased rapidly over the past million years, our ancestors began to think increasingly about the inevitability of death and the redemptive possibility of everlasting life. Ancient pharaohs, queens, and kings used every means to ensure their vestigial persistence through future ages. They had themselves enshrined in legends, songs, and poems; they had their remains preserved in vast pyramids.

Part of the reason for that yearning may lie in the fact that people already live so long and with such self-awareness. Our species is distinctive in its ability to remember and to predict future events based upon past experience. Before the invention of writing, and even afterward, reliable predictions required the presence of memories in a living person. People well past their reproductive years could add value to their tribe by remembering early warning signs of rare phenomena, such as drought, locusts, and disease.

In modern times our learning extends even further. It includes postdoctoral studies and on-the-job training that may continue well into our 60s. Like our ancient predecessors, we enshrine the most important bits of our collective knowledge, only in more sophisticated embodiments: scientific publications, books, music, video, websites. Nevertheless, when people die, their wisdom—the memories and mental processes that produced that knowledge—dies too.

Throughout history, death was associated with assaults, sickness, and privation. Now an increasingly common cause of death is aging. As the wealth of nations increases and exposure to toxins and infectious agents drops, aging will become the cause of most disease, debility, and death. At the same time, many more people will remain active beyond the age of 100. So, beyond the fear of death, there are practical reasons to explore extending our healthy years.

Scientists have much to learn from the longest-lived humans, many of whom will have their DNA sequenced in the next two years. The effort to extend life—and, even more, to extend life’s youthful, vigorous phase—is a clear opportunity for synthetic biology, the technique of extensively engineering the genome. [George Church is a leading researcher in this emerging field.] The cure for aging will probably require a thorough redo of our genome.

We can scour the best of the biosphere for ideas. Species run the gamut when it comes to longevity. Some adult mayflies live, dance, and mate for all of three hours. At the other extreme, some specimens of bowhead whale appear to be more than 120 years old, judging from the age of harpoons lodged in their flesh. The oldest known fish, a koi, was a scarlet female named Hanako, who reportedly died at the age of 226 years on the memorable date 7/7/77. The hard-shell clam Arctica islandica can live more than 400 years (judging from annual shell rings) in nearly freezing water, where rates of metabolism are very low.

But it might be possible to evade aging entirely. In one widely cited publication from 1998 (“Mortality Patterns Suggest Lack of Senescence in Hydra,” published in Experimental Gerontology [pdf]), Daniel Martinez claimed that hydras—small aquatic animals that look a bit like cacti—may not undergo senescence at all and may be biologically immortal. More astonishing yet is an organism that appears to do something otherwise unheard-of in the animal kingdom: It gets younger.  This ability is possessed by Turritopsis nutricula, a jellyfish that can return from its sexually mature (medusa) state back to a younger (polyp) state. An entire population of such organisms can do this repeatedly and swiftly, escaping biological death through aging, although members of the species can still be killed through predation, accident, and disease.

This bizarre menagerie of extremely long-lived, possibly immortal, and fountain-of-youth organisms leads us to consider humans. Like these organisms, we are built of cells, and some of those cells can be immortal too.

The possibility of cellular immortality is also suggested by the case of Henrietta Lacks, an African American woman who suffered from cervical cancer and died on October 4, 1951, at Johns Hopkins Hospital at the age of 31. For research purposes, cell samples had been taken from her cervix. They were code-named HeLa cells, using the first two letters of her first and last names.

Prior to Lacks’s death, Hopkins researcher George Gey found that HeLa cells could easily be grown in lab glassware and kept alive indefinitely. As other researchers asked for samples, the cells replicated, grew, and proliferated so wildly that they often took over and wiped out cell lines of any kind with which they happened to come in contact. Descendants of the original HeLa cells are still alive today, more than 60 years after they were removed from Henrietta Lacks. HeLa cells are so biologically aberrant in their chromosome makeup that they could never be used to model immortal human life, but they nevertheless point the way.

The healthy cells most capable of making at least some aspects of individuals immortal are germ cells. The germ line, produced by egg and sperm, is the only part of us that naturally survives us in our offspring. Germ-line cells are the all-time champions of cellular survival. We can trace their DNA back through billions, possibly trillions, of binary divisions, back to the dawn of life itself.

Cloning germ cells, then, looks like one possible path to human immortality. Germ cells from a mature animal can be reset to embryonic form; these are the famous “embryonic stem cells.” ﻿The embryonic cells can develop into replacement organs in the lab or be injected into an egg, where they develop as a viable embryo and are literally born. We can also freeze such cells to keep them healthy and youthful; when the aging donor needs repairs to a damaged genome, the cells could be tapped. Scientists have already cloned more than 20 species, including carp, mice, sheep, monkeys, cattle, cats, dogs, and horses. Cloning is sometimes viewed as dangerous or unethical, but many new technologies are initially perceived that way, then accepted and finally widely embraced—airplanes, for example, or in vitro fertilization.