The trick to ancient Rome’s sturdiest structures, scientists say, is in the imperfections. 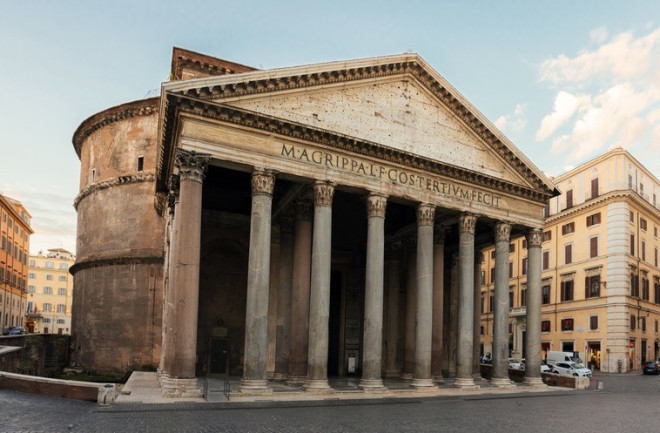 Roman concrete constructions, such as the such as the 2,000-year-old Pantheon, are proving stronger than their modern counterparts, and scientists think that they've identified the surprising reason why. (Credit: Neirfy/Shutterstock)

The ancient Romans were no slouches when it came to construction, creating whole cities out of concrete, crammed with tremendous temples, arenas and aqueducts that still stand today. Whether the Pantheon or the Colosseum, these buildings were built to survive. But what was the secret to their strength?

According to a study in Science Advances, the techniques that the ancient Romans used to mix their concrete caused a smattering of small mineral chunks to appear throughout the material. And though these chunks were previously interpreted as imperfections in the concrete, the study authors assert that they are actually the secret ingredient that makes Roman structures so solid, allowing them to mend themselves over time.

Much more than solving an age-old architectural mystery, the authors add that their work could contribute to more sturdy, more sustainable forms of concrete in the future, cutting the overall toll of the material on our climate.

Scientists spent many years attempting to answer why so many Roman structures, such as buildings, docks, sewers and seawalls, still stand after thousands of years, while so many modern structures topple after only 20 or 30 years. And they’ve tossed around several theories — the most common claiming that the incorporation of volcanic ash made the construction material of the time much more secure.

But scientists never put much thought into the small, millimeter-sized specks of calcium carbonate spread throughout the Roman concrete. That is, until now.

“Ever since I first began working with ancient Roman concrete, I’ve always been fascinated by these features,” says Admir Masic, a study author and an associate professor of civil and environmental engineering at MIT, according to a press release. “These are not found in modern concrete formulations, so why are they present in these ancient materials?”

Read More: If Rome Wasn't Built in a Day, How Long Did It Take?

Produced in the mixing process, these pervasive mineral spots, sometimes called “lime clasts,” were once seen as a sign of sloppy stirring. The study suggests however, that they actually play a part in supporting and shoring up ancient concrete over time, automatically filling any cracks that form in its surface.

“The idea that the presence of these lime clasts was simply attributed to low quality control always bothered me,” Masic adds. “If the Romans put so much effort into making an outstanding construction material, following all of the detailed recipes that had been optimized over the course of many centuries, why would they put so little effort into ensuring the production of a well-mixed final product?”

Lime Clasts For Concrete That Lasts

At its core, concrete is created from the combination of a calcium-containing substance called lime and water, as well as an array of finely and coarsely crushed aggregate, such as volcanic ash and rubble.

Traditionally, scientists thought that the ancient Romans included slaked lime, a type of lime that’s already added to water to produce a sticky, wet paste, in their concrete. But the authors of the study say that this ingredient couldn't account for the creation of the clasts, which are so completely characteristic of ancient construction.

Instead, after studying samples of 2,000-year-old concrete from the Italian archaeological site of Privernum, the study authors theorized that the Romans added quicklime, a purer form of lime without any water, which caused the formation of the concrete clasts.

And it’s these clasts that make the concrete so stable, providing the material with an automatic ability to fix and fortify itself.

In fact, the study authors say that whenever cracks form within ancient concrete, they target the calcium clasts, which invariably fracture thanks to their intrinsically fragile structure. But they won't stay fractured forever.

Instead, when water seeps into these cracks, the fractured calcium then transforms into a calcium-saturated solution, which spontaneously solidifies and fills the fissures, preventing them from spreading any further.

The authors see this finding as “paving the way for the development of more durable, resilient and sustainable concrete formulations” in the future.

“Whether the damage occurs within years of construction or centuries thereafter, so long as the lime clasts remain, these self-healing functionalities can persist,” the authors conclude in their study.