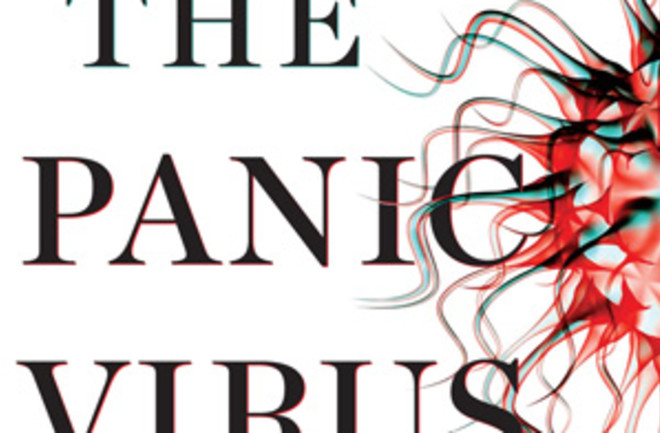 As I write this, I just got back from hearing author Seth Mnookin give a talk here in Boulder about his book, The Panic Virus (the talk was sponsored by my friends at the Colorado Children's Immunization Coalition -- I love those folks). It's an excellent book about the rise and power of the antivax movement. I recommend reading it. That is, if your stomach doesn't get upset over the events it describes. Mine did. The talk was quite good, with him going over the basics of the people who fight against vaccinations. The most interesting part was during the Q&A, when a woman sitting right behind me starting soapboxing about how vaccines weren't tested enough, and there weren't enough studies showing their safety, and so on. It was clear after she said just a few words that she was from some antivax organization, and I found out afterward she was from Safeminds -- a group that tried to get really awful ads placed in movie theaters but which was fought tooth and nail by Skepchicks. The woman's tactics were pretty simple: sow doubt, and use bad logic to do so. First she misrepresented what Seth wrote in his book (saying he was one-sided, always supporting vaccines, when in fact he has a lot to say about the failings of how they are tested and discussed by some doctors to parents). Then she tried to imply a false dichotomy: if they aren't tested well, they cannot be safe, and we shouldn't use them. That's obviously wrong, and also ignores the vast amount of good vaccines do. When was the last time you heard of someone contracting smallpox? Oh right: 1977. Thanks, vaccines! Anyway, about Seth's book, my friend and fellow science advocate Dr. Rachael Dunlop pointed me toward the new Australian edition of the book, which has a new preface as well. I'm happy to see that Mnookin directly takes on the situation in Australia, documenting the behavior of antivaxxer Meryl Dorey and relaying the story of the McCafferys, who lost their four week old daughter Dana due to pertussis and low vaccination rates. You can read the preface at that link above. Again, I do recommend this book. Dorey's organization may be on its way out, but the antivaxxers are still out there --obviously, as evidenced by the woman from Safeminds at the talk -- and still spreading mistrust and fear. The Panic Virus will give you a lot of useful information about how this came to be, and what we can do about it.

[P.S. Before the usual brigade of antivaxxers swarm the comments below and accuse me of being a Big Pharma shill, please read this essay by skeptic Rebecca Watson about the pharmaceutical industry. I agree with her.]