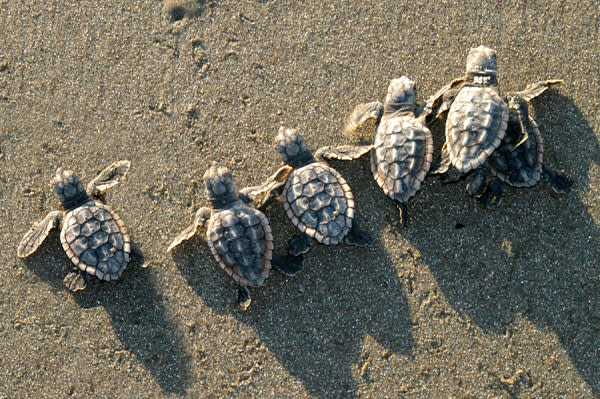 The first sea turtle eggs rescued from the Gulf have hatched! From the Associated Press:

About 700 sea turtle nests — each containing about 100 eggs — are being trucked from oiled shores along the Gulf to Cape Canaveral, where they're kept at a climate-controlled facility. The turtles are being released into the Atlantic as they hatch. Scientists feared that a generation of the imperiled species would die if they hatched and swam into the oil.

One small step toward restoration. One giant leap for the oil spill's tiniest refugees. They face a tough road ahead. Godspeed and good luck little dudes!