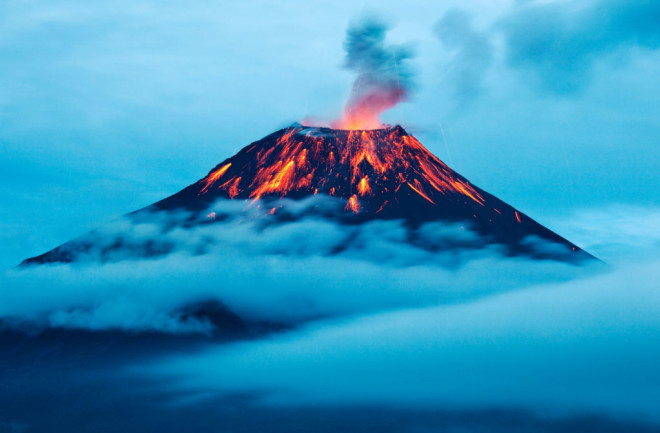 Eruption of Tungurahua volcano, an active stratovolcano located in the Cordillera Oriental of Ecuador.Getty Images I know you've all seen lists like this before: what is the "world's most dangerous volcano?" Most of the time, that discuss devolves quickly into something about "supervolcanoes," which is very exciting and all because they can generate massive eruptions. However, they are far from being the "most dangerous" volcano. But wait, what does "most dangerous" even mean for volcanoes? Are you talking about a volcano that is most active? That would be Kilauea in Hawaii and that's far from "most dangerous". What about the biggest volcano? That's hard to quantify, but maybe it would be Yellowstone ... and you'll see why it is definitely not the "most dangerous." What about largest eruption? Even that isn't the best measure of "most dangerous" because some very large eruptions have been in the middle of nowhere. So, what would I consider "most dangerous?" It comes down to a few key factors:

Really, what I consider as "most dangerous" is a volcano that has the highest likelihood of significant numbers of casualties in an eruption. What is "significant numbers?" Maybe over 500 deaths? So, that got me thinking about deaths in volcanic eruptions over the last ~120 years. And guess what? We've gotten better at not being killed in large numbers by volcanic eruptions.

The number of deaths in volcanic eruptions over the last 117 years. The data is culled from a variety of sources.Erik Klemetti What is this chart saying? Well, at least to me, there are two things: (1) there is a constant, base level of deaths (fewer an 100 deaths per event) that can be chalked how volcanoes can be unpredictable on the local scale and (2) since the start of the 20th century, large casualty events with >1000 deaths have been going down. Now, there is one exception after 1902: Nevado del Ruiz in Colombia in 1985, where 28,000 people died in volcanic mudflows (lahars), but it might actually be the exception that proves the rule. Why are deaths down? It is clearly not because there are fewer of us. Population has increased by about 5 billion since 1900, so there should be more people living near volcanoes, especially in places growing quickly like South and Central America along with southeast Asia. It is clearly not that volcanic activity is lower---more or less, the Earth's volcanic engine keeps chugging along at rates that we've seen over the last 10,000 years (at the very least). My bet is that this is the signal that we're just getting better at monitoring volcanoes, planning for eruptions and mitigating the results of an eruption. One of the best examples of when the lack of volcano monitoring and hazard plan was most evident was that outlier, the eruption of Nevado del Ruiz in Colombia. In that case, the dissemination of information to people living near the volcano was so chaotic and the disagreement about what the volcano might be next was so prominent that tens of thousands people died. This could have been avoided as there was potentially hours between the start of the eruption and the arrival of the lahars in the towns that were hit, so people could have walked to safety. It is scenarios like that at Nevado del Ruiz that keep volcanologists up at night. So, when deciding what volcanoes might be more dangerous, you really need to think about both the volcano and people. That's what I'll get into as I try to figure out what are really the "most dangerous" volcanoes in Part 2.