The Most Boring Jobs and Hobbies, According to Science

It's hard to avoid stereotypes with these seemingly dull activities, but social scientists also warn our perceptions of boring people are contradictory and consequential. 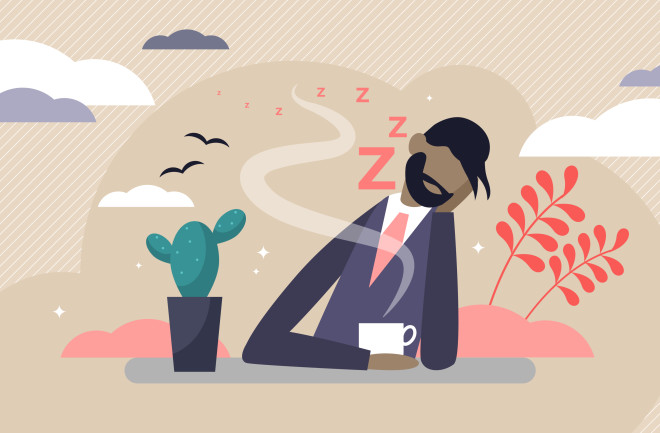 Mark Lehman has an interesting job — at least he thinks so. As a data manager for the Mojave Desert Inventory and Monitoring Network, he organizes and analyzes data collected in U.S. national parks across the southwest desert.

"My job is rooted in very real-world things — water quality, vegetation — it has a direct relationship with the ecological health of these areas," says Lehman.

But, you might have already stopped reading this article after glancing at the phrase "data manager," suggests recent research from a group of social psychologists at the University of Essex. In the study, 118 Americans rated professions by how boring they thought they were. Data analysts made the top of the list.

"I’m not shocked by the public perception, but nonetheless my job is definitely interesting to me," Lehman retorts.

What Makes a Person Boring?

Participants ranked data analysis, accounting, tax or insurance and cleaning as the top five most boring professions. The top most boring hobbies are sleeping, religion, watching TV and observing animals. The study also found that people perceived living in a small city or town as more boring than living in a village or big city. Here Lehman, who lives in Boulder City, Nev., gets the short end of the stick again.

Participants in the study ranked “scientist,” a title that Lehman’s job could also fall under, as the second most interesting profession. At least in this case, the perception of boringness seems to stem more from the job title than its duties.

Though boredom is hardly an esoteric topic, you will get wildly different explanations of its definition and origins, depending on who you ask. While a moody teenager might define it as "stuff that old people like," the 19th century pessimist Arthur Schopenhauer saw boredom as evidence of life’s inherent lack of meaning.

"If life — the craving for which is the very essence of our being — were possessed of any positive intrinsic value, there would be no such thing as boredom at all: Mere existence would satisfy us in itself, and we should want for nothing," Schopenhauer argues in The Vanity of Existence.

Regardless of your take, boredom is universally regarded as an undesirable experience. An extreme form of boredom, solitary confinement, is forced on our justice system’s most detested criminals.

Consequences of the Boring Stereotype

One might avoid something that is perceived as boring. This distaste for the mundane isn’t always harmful. In his 2011 book, Boredom: A Lively History, Philosopher Peter Toohey argues the desire to avoid boredom gave rise to art and literature.

But, if you assume that human beings are inherently interesting, then stereotypes of boringness are inherently unfair. They can also have serious consequences for those that fit the mold. Decades of psychological research have documented the negative effects of social exclusion on mental and even physiological health.

"The incoherence of these stereotypes shows that people should be cautious to apply them," says Wijnand Van Tilburg, a senior lecturer at the University of Essex and lead author on the study. "If theoretically boring people are avoided, they might never get a chance to change people’s perceptions."

In their last phase of research, Van Tilburg and his colleagues investigated the compounding consequences of the boring perception. What are the assumptions that someone might make about a small-town accountant who loves to nap? The results revealed that stereotypically boring people are ascribed other negative traits as well. The participants tended to describe them as both incompetent and lacking warmth.

"It was especially surprising to see that stereotypically boring people were seen as incompetent," says Van Tilburg. "When we study stereotypes it’s very common to see an opposition between the features of interpersonal warmth and competence. Think of a lovable loser."

These last results highlight the unfairness of the boring stereotype. While sociopaths are associated with cunning and wit, boring people are perceived as utterly valueless. There is a silver lining though. While Van Tilburg’s results describe broad trends, he is sure to point out that everyone doesn’t perceive one person as boring.

"There’s an incredible amount of variability," says Van Tilburg. "It’s not that everyone thinks that accountants are super typically boring."