The Missing Apollos 2 and 3 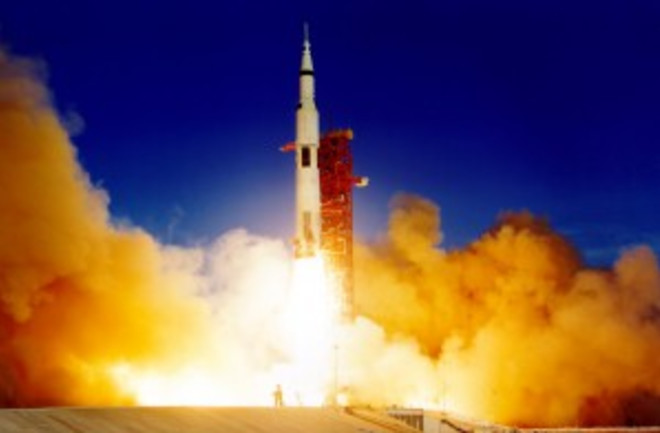 If you look up a list of all Apollo missions NASA flew in the 1960s and 70s, you’d see Apollo 1, then Apollo 4 through 17. So what exactly happened to the missing Apollos 2 and 3?

When NASA started testing Apollo and Saturn hardware in the early 1960s — the hardware that would eventually fly to the Moon — it established a pretty standard nomenclature. Every rocket was given a letter designation for the rocket and payload type followed by a number indicating the launch.

By and large, the Saturn I launches were designated “SA” for Saturn-Apollo (showing they were Saturn hardware tests first and Apollo hardware tests second) followed by a sequential number 1 through 10. The later Saturn IB launches were given the same “SA” designation but were give a 200-series numeric designation. Saturn Vs were designated “AS” for Apollo-Saturn and were, predictably, given numbers beginning with 501.

Those are the internal designations. Of course each mission also had it’s mission name because NASA can’t keep things simple… I covered how this mess fed into the missing Apollos 2 and 3 missions in an old blog archived at PopSci, but I wanted to bring it back because it’s a common question — so the concise answer is in the latest episode of Vintage Space below!

Sources: Original long version of this blog post archived at PopSci (brought it up again for the sake of a good video!); Deke! by Deke Slayton and Michael Cassutt; The Apollo Spacecraft Chronology vol. 4.