The ‘Mars Underground’: How a Rag-Tag Group of Students Helped Spark a Return to the Red Planet

For 20 years, NASA didn’t send a spacecraft to Mars. And to one group of young researchers, that just wasn’t going to fly. 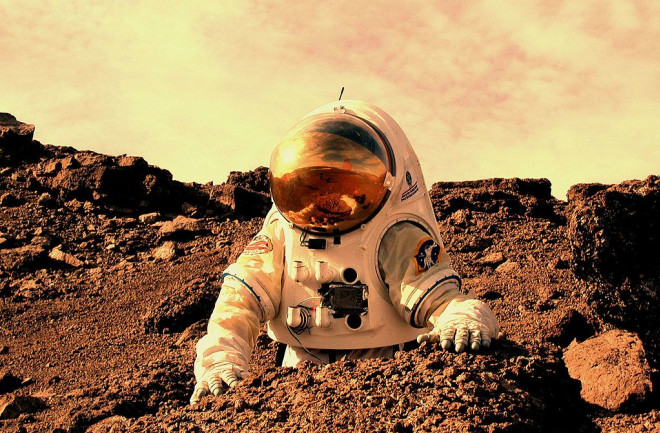 Scientists have wanted to explore the Red Planet in person for many decades. But as the space race cooled, Mars Underground stepped in to make sure that goal didn’t fall off the rails. (Credit: NASA)

In the early 1950s, while the space race was still taking shape, German-American rocket scientist Wernher von Braun pushed the U.S. to look beyond just the moon. His audacious plan, called “The Mars Project,” called for humans to visit the Red Planet as early as 1965 using a fleet of 10 ships crewed with 70 astronauts.

In hindsight, it’s a good thing NASA settled for the moon. “The Mars Project” would’ve killed every astronaut on board; von Braun didn’t know about the deadly radiation of deep space or the scant martian atmosphere. NASA only learned about those things as it started exploring the solar system with robotic spacecraft.

And the more we learned about the Red Planet, the less feasible human missions there seemed to become.

When NASA’s Mariner 4 spacecraft made the first flyby of Mars in 1965, the probe shattered a century of sci-fi dreams, revealing an arid, desolate world pockmarked with craters. In 1971, Mariner 9 entered orbit around Mars and was greeted with a massive global dust storm. But as the thin skies cleared, the spacecraft was able to map Mars’ surface, finding Valles Marineris — a tectonic crack that, on Earth, would stretch roughly from the Grand Canyon to Orlando. In 1976, the Viking landers touched down on the martian surface and tested the soil for signs of life. And although some still question the results, most scientists now agree Mars is largely a barren wasteland.

No spacecraft would land on the Red Planet for two decades after NASA’s Mars Viking landers reached the world in 1976. (Credit: COSMOS: A PERSONAL VOYAGE/Druyan-Sagan Associates, Inc./via NASA)

Following the Viking missions, it took 21 years for NASA to successfully send another robotic explorer to Mars.

That Red Planet renaissance was largely led by an informal group called the “Mars Underground,” a passionate band of graduate students that formed in 1981 to advocate for more Mars research, as well as future missions — both robotic and human. Many of the young scientists and engineers were frustrated with NASA for its lack of focus on the planet.

Mars Underground wanted to know what we all do: Can humans survive on Mars? Could life already exist there? And if we sent humans to Mars, how would they search for signs of life?

They didn’t call themselves the Mars Underground, though; that name was given to them by a journalist. But the group came to accept the banner.

The Case for Mars

At a series of conferences during the 1980s and ’90s — called “The Case for Mars” — Mars Underground schemed up blueprints for crewed missions to Mars and the planet’s puny moons, Phobos and Deimos. They designed landing and departure systems for a Mars mission, imagined ways to reuse space shuttle rockets for deep-space treks and studied a host of other relatively low-cost options for reaching the Red Planet.

“It is found that, in terms of technologies and spacecraft design, the basis for going to Mars is already available, and no breakthroughs are needed,” the group wrote in a conference summary published in 1984 that also outlined some of the challenges.

Just a few years later, in 1989, President George H.W. Bush would announce a massively expensive — and ill-fated — push to put humans on Mars. By 1996, NASA had finally heeded the calls of the scientific community and robotically returned to the Red Planet with the Mars Global Surveyor orbiter and the Mars Pathfinder lander, which carried the Sojourner rover. In the years since, an armada of orbiters, landers and new rovers has followed.

The latest in the lineage of Mars rovers is Perseverance, previously known as Mars 2020. This beefed-up descendant of modest Sojourner is planned for launch in July and aims to not only hunt for evidence of past martian life, but also collect and store rock and soil cores for a future sample return mission. (Credit: NASA/JPL-Caltech)

The informal Mars Underground group served as a model for other planetary scientists who wanted NASA to take their proposals seriously. Their strategy was considered so successful that, in 1989, another group of astronomers “Xeroxed the brand," igniting a push for a mission to the outer solar system. Their name? The Pluto Underground. Many of its founding members are now scientists working on NASA’s New Horizons mission. That initiative, led by Principal Investigator Alan Stern (and Pluto Underground member), flew past Pluto in 2015 and the Kuiper Belt object Arrokoth in 2019.

In the 2000s, another unofficial-yet-passionate band of scientists replicated the Mars Underground model — this time to advocate for sending humans to asteroids before attempting a journey to Mars. The so-called Asteroid Underground studied the science objectives, engineering requirements and costs of such a mission. Eventually, in 2013, the seemingly wild idea became the space agency’s official policy with the Asteroid Redirect Mission (ARM). However, the Trump administration defunded ARM in 2017 in favor of a moon-first policy.

It’s been nearly 40 years since the Mars Underground formed, and its founders have risen to become some of the most prominent voices in today’s push for space exploration.

Mars Underground co-founder Penelope Boston, who helped organize “The Case for Mars” conferences, went on to launch a cave studies program at the New Mexico Institute of Mining and Technology. In fact, she helped pioneer the study of life in Earth’s caves, paving the way for similar work on Mars someday. And in 2016, Boston became the director of NASA’s Astrobiology Institute in California.

Chris McKay, who was still working on his Ph.D. when he co-founded Mars Underground, has had a storied career as an astrobiologist, studying organisms living in extreme environments on Earth for insights into life on Mars. These days, he’s a senior planetary scientist at NASA, where he’s actively involved in planning future Mars missions — including eventual human trips. McKay now advocates for putting humans back on the moon, which he and others believe is a necessary stepping stone to Mars. He is also a champion for a robotic sample return mission to Mars.

And that’s exactly what NASA plans to do. This summer, they’ll launch the most sophisticated Mars rover ever built, which will both search for past life and collect martian soil samples. Meanwhile, the space agency has hired a host of private spaceflight companies for its Artemis program, which NASA hopes will return astronauts to the moon by 2024. From there, it’s on to Mars in the following decades.

Although the dreams of Mars Underground members might have taken far longer to come true than they would have hoped, with each passing year their ambitious vision of being an interplanetary species is marching toward reality.