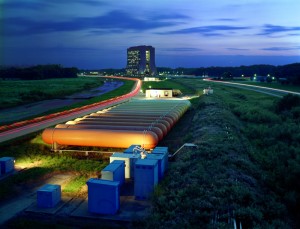 At 2pm today, in a field not far from downtown Chicago, a final proton will smash into an antiproton. And then the Tevatron, the most powerful particle accelerator for almost three decades, will be shut off after producing over 500 trillion proton-antiproton collisions (over 10 inverse femtobarns). The Tevatron discovered the top quark, the Bc meson, and the tau neutrino. It measured direct CP violation, constrained the possible mass of the Higgs, precisely measured a range of masses and lifetimes, as well as a host of other important scientific contributions. It was a remarkable machine, but it has now been superseded by the Large Hadron Collider. 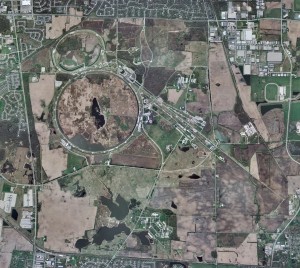 Science marches on, and after a glorious career, it is time for the Tevatron to go dark. Fermilab is throwing a goodbye party. You don't just throw a switch and turn off a particle accelerator. The process is slow and deliberate. The superconducting magnets will take roughly a week to warm back up. And the data will take many months to analyze. But at some point tomorrow afternoon North America will witness its last controlled TeV particle collision.