The Index of Banned Words 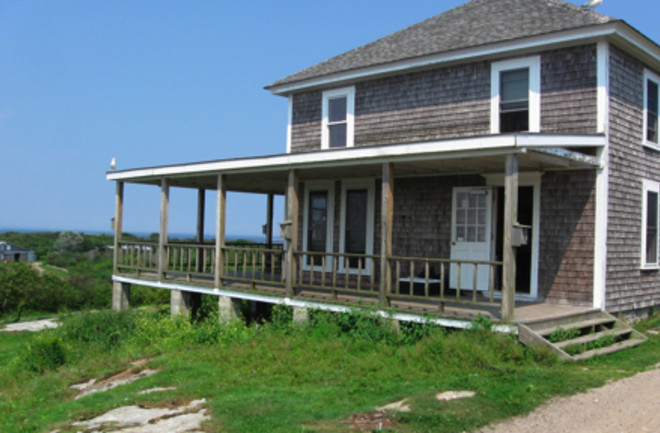 [Update: See my continually updated edition of this list here.] Over the past week I held my first real class, teaching a roomful of students writing about science on Appledore Island (along with a few ornithological auditors, shown in this picture of my classroom). They put up with a relentless schedule of researching and writing and ended up with some excellent pieces about everything from robot sharks to the right way to hold a warbler in your hand. I'll be posting the fruits of their labors in a couple days at Science on Shoals. Along the way, we talked a lot about words. Time and again, as I reviewed the assignments from the students, I came across words would fit comfortably in a textbook or a scientific paper, but, like an invasive insect, wreaked havoc when they were introduced into a piece of writing intended for the wide world. This is a problem I've observed across the scientific board, from professors I've edited in magazines to the science majors who made up the majority of students in my class. If you talk to them face-to-face, they will never say, "I utilized my spear gun." But somehow they can't avoid using utilize when they are writing, when use will do just fine. As the week unfolded, I built up a list of words I came across in assignments (and which I have seen many times before) on the classroom whiteboard. I declared them banned from the class. When I twittered about my decree, I got some groans of agreement from assorted writers and readers. But there were also some protests from scientists. I bannedmarine environment if ocean could take its place, for example, only to be informed that not all marine environments are oceans. I still say that in the overwhelming majority of cases, there's a solid word that can take the place of a scientific term. What's most important about pushing people to use plain English is that they will have an easier time expressing the passion and poetry of the scientific life. You won't find marine environment in one of the best books ever written about marine environments. Here is a far-from-complete list of words to be banned...

Breakthrough (unless you are covering Principia Mathematica)

Missing link (don't get me started...)

Molecular systematists Morphology Non-marine environmentParadigm shiftPhylogeneticsPredator-Prey RelationshipProcessesUtilize I'm sure some readers can add more to this list. Next summer I will probably write up a list and hand it out at the start of class. Update, 6/18 11:20 am: Thanks for all the conversation, both in the comments and on Twitter. It's made me realize that I should divide my banned words into a couple categories. Some of them, like utilize, are science words that should not be allowed to escape scientific journals. But others, like breakthrough, are words that both scientists and non-scientists alike may be tempted to use like steroids, to artificially boost their writing. These words often end up being just wrong, and in some cases--like referring to a preliminary experiment in mice as a miraculous cure--they can be cruel by raising hopes in the sick that may later be dashed.