The First CubeSats Ever to Visit Mars Have Gone Silent 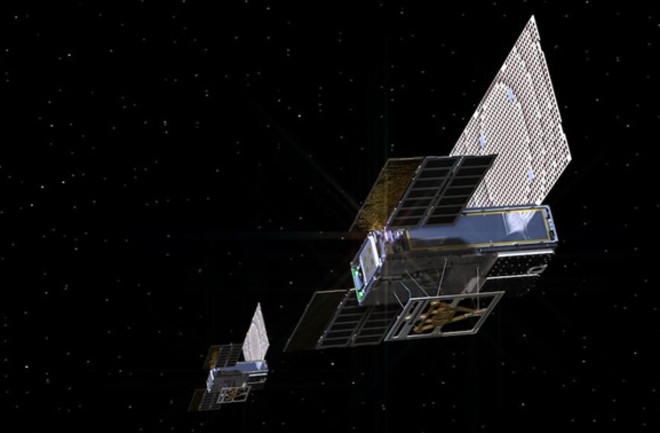 The MarCO spacecraft made it successfully to Mars last year, but have recently lost contact with Earth. (Credit: NASA/JPL-Caltech)

When NASA’s InSight mission reached Mars last year, it wasn’t alone. It was accompanied by two tiny satellites called CubeSats, or in this case, MarCO, for Mars Cube One. They were the first CubeSats ever to visit the Red Planet. The pair, nicknamed EVE and WALL-E, after Pixar’s fictional robots, relayed information from InSight’s descent. But their real mission was simply to show off their abilities so far from home and prove that such small missions – the total MarCO program only cost $18.5 million – could succeed in deep space.

The satellites did their job. But now, more than two months after InSight landed, the CubeSats have gone silent as they continue drifting past Mars, and NASA doesn’t expect to hear from them again.

CubeSat missions have proven popular in Earth orbit, as their low cost and tiny launch weight means many universities can afford to perform their own orbital science. But it’s rare for them to go adventuring so far from home. WALL-E and EVE’s success are proof that small satellites are up to the challenge. And they show that it is possible to send follow-along, highly-focused science missions to Mars. Most CubeSats are roughly 4 inches square, but the MarCO satellites are actually six units packed into one, leaving each one about the size of a briefcase.

The MarCO satellites carried cameras, communications equipment, and solar panels to keep themselves charged. They launched with InSight on the same rocket, but then separated and made their own way to Mars. They kept pace, arriving on target in order to send back pictures and information on InSight’s landing. NASA had backup in the form of full-size satellites to track InSight, should MarCO have gone astray, but the help wasn’t necessary, as the tiny satellites did their jobs admirably.

However, now NASA hasn’t heard from the MarCO satellites in more than a month. WALL-E last pinged home on December 29, while EVE last checked in on January 4. NASA is doubtful that they will check in again, but their success is seen as a good sign for the future of CubeSats on NASA missions.