The crew will travel to low Earth orbit for a week using homegrown technology — a first for India. Prior tests include a humanoid robot, three astronauts, and six scientific experiments. 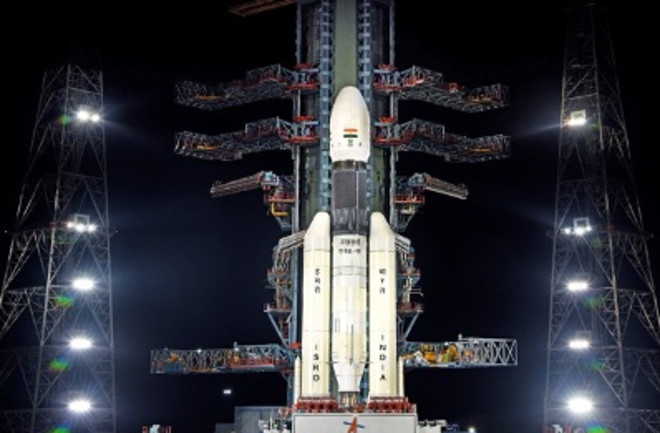 On April 2, 1984, Indian Air Force (IAF) pilot Rakesh Sharma reached low Earth orbit aboard a Soviet rocket for a weeklong stay on the Salyut 7 space station. This made him the first and only Indian citizen to venture into space. Now, almost 36 years later, the country that was once dependent on the Soviets for getting into orbit is inching toward its very own human spaceflight program — one that aims to launch its first crewed flight, called Gaganyaan, in December 2021.

With a goal to demonstrate India’s homegrown technology, for the first time in history the Indian Space Research Organisation (ISRO) will launch three astronauts into low Earth orbit for a minimum of one week. This will be a historic moment for India, retired ISRO scientist Kashyap Mankad explained to Astronomy, one that the country will long remember.

Off to a Rocky Start

ISRO’s goal to send Indian astronauts into space is not entirely new. While NASA has launched hundreds of astronauts into space in recent decades, ISRO’s most recent (unsuccessful) plan was in 1986. At the time, the organization had prepared to launch two payload specialists aboard one of NASA’s space shuttles. But the Challenger disaster and NASA’s subsequent pause in crewed flights brought ISRO’s plans to a grinding halt. This led ISRO to redirect its funding toward indigenous launch vehicles, pushing its crewed missions to the sidelines.

The dormant dream of crewed flights resurfaced in 2006. The intermittent planning for the Gaganyaan mission began, but a lack of funding prevented significant progress. It was only after Indian Prime Minister Narendra Modi officially announced the mission in 2018 that ISRO received a 3 percent raise in its annual budget. This led to the creation of a short list of astronaut candidates, and real deadlines were established for both un-crewed and crewed spaceflights.

Sending a Dummy to Space

In preparation for the 2021 crewed mission, ISRO plans to conduct two un-crewed flights in December 2020 and July 2021. Instead of testing empty spacecraft, the ISRO will launch a humanoid robot named Vyommitra — Sanskrit for “space’s friend” — into low Earth orbit, which will act as a dummy astronaut for the first two test flights. Unveiled by ISRO on January 22, 2020, Vyommitra is programmed to be receptive to its environment, mimic crew activities, and perform life-support operations, all of which will help in assessing issues with the astronauts’ crew module before their 2021 flight.

“The major milestone towards a successful mission is to ensure that human life onboard is safe and sound. This calls for rigorous testing of various complex systems,” Shubhayu Sardar, lead systems developer at the Human Space Flight Centre who works on developing life support systems for Gaganyaan’s astronauts, told Astronomy.

Although Vyommitra is legless, its body is equipped with communication systems that help it recognize and converse with astronauts. In addition to advancing technology, scientists think the data collected from these demo missions will help improve critical systems for the 2021 flight, heightening its odds at success.

For a country that has launched only communication satellites into low Earth orbit for the past 50 years, launching humans will require a giant step up from its current technology. While the GSLV MkIII — selected to fly both dummy and real astronauts — holds the title for India’s most powerful rocket, two of its three stages are scheduled for major upgrades in preparation for a crewed flight.

“The reliability targeted for human-rated launch vehicles is 0.99, which means statistically only 1 out of 100 can be unreliable,” S. Somanath, MkIII’s deputy project director, has said.

Once the crew module and its subsystems are ready, MkIII will blast off with astronauts and six scientific experiments from the Satish Dhawan Space Centre. The flight time to enter low Earth orbit is expected to be 16 minutes, after which the solar arrays will be deployed for one week. During its return, the crew module will separate from the service module and its engines, reenter Earth’s atmosphere, and deploy two parachutes that will slow it down for a gentle landing in the Arabian Sea.

A Series of Firsts

Although the pursuit of accomplishing crewed spaceflight is new for ISRO, the push toward unprecedented goals is not. The Mars Orbiter Mission, Chandrayaan-1 and -2, and 104 satellites launched at once are just a few of ISRO’s recent examples of missions that required entirely self-developed technologies. Though not every moonshot was a success — Chandrayaan-2 lost both its lander and rover when they crash-landed last year — they showed India’s ability to develop previously untried system designs and mission management strategies.

“History has shown us that most technical developments have taken place either during a war or in developing a space program,” says Mankad.

With the Gaganyaan mission, one such development is enabling astronauts to bathe during spaceflight using water spray technology. Applying subtle pressure on a simple water-fitted gun will enable astronauts to freshen up using the spray in an environment where water does not flow.

Given the current limitations of Indian spaceflight, Gaganyaan’s tight deadline of two years seems hard to accomplish, even with a $1.4 billion budget. Test flights must be carried out, post-flight improvements must be made, and only then will astronauts be cleared to fly. But for comparison, NASA’s first human spaceflight program, Project Mercury, was initiated in October 1958 and saw its first crewed flight in May 1961. So although ISRO’s two-year goal for flight seems frightfully short, the timeline is not unheard of. Also, keep in mind that after the Mercury program’s first successful crewed flight, NASA launched five more crewed missions in the following two years.

A mock-up of Gaganyaan’s crew module, in which three astronauts are seated next to each other. The module’s navigation and life-support systems are being developed by Vikram Sarabhai Space Centre — ISRO’s research wing. (Credit: The Economic Times)

In an attempt to adhere to these deadlines while saving precious time and money, ISRO is choosing to outsource some technological development to other Indian research institutions, but certain aspects of a crewed flight require international help. India may be manufacturing the staples like space food and components for launch vehicles, but the necessity of astronaut training is leading to partnerships with Russia and France.

International Collaboration on a National Mission

Despite ISRO’s goals of developing a fully indigenous human spaceflight program, the organization doesn’t have a lot of know-how about what it takes to be an astronaut. It’s one thing to make a machine that will work in orbit, but it’s something entirely different to keep a human alive and healthy in an environment as unforgiving as space.

“The challenges in engineering technologies will be relatively easier to deal with than human science challenges like space medicine, exposure to the space environment, and rehabilitation and adaptation to normal life [back on Earth],” explains Mankad.

ISRO’s inexperience with astronaut training has opened up opportunities for an international collaboration with Glavcosmos, a subsidiary and launch service provider of Russia’s space agency Roscosmos. And in January 2020, four IAF pilots-turned-astronauts were flown to the Yuri Gagarin Cosmonaut Training Center near Moscow to begin a 12-month training program. It will include intensive physical and biomedical training, study of the Soyuz systems, and preparation for unusual flight conditions. Additionally, ISRO is teaming up with France to train IAF doctor to monitor the health of astronauts before, during, and after their flights.

If the mission is successful, India will join the ranks of China, the U.S. and Russia in launching their own crews into space. Gaganyaan’s astronauts — the first batch of ISRO’s human spaceflight program — will conduct scientific experiments in microgravity that cover a spectrum of research topics, ranging from space medicine to communication technology. And as we’ve seen from other national space agencies in the past, after ISRO completes a number of crewed flights and experiments, an Indian space station might be in the offing.

While similar to the International Space Station (ISS) in structure and objectives, the theorized Indian space station will weigh only 20 tons and serve as a temporary home for astronauts to perform experiments. While ISRO has set the year 2030 as its target to launch a space station, the agency has not yet outlined how it will be built or what it might look like. The history of building functional, habitable space stations points toward at least a decade of careful planning before execution. Despite longer preparation timeframes, the first attempts by the Soviet Union and the U.S. ranged from imperfect launches to unfortunate deaths.

The ISS’s foundations date to 1984, and its first module wasn’t launched until 14 years later. The ISS reflects the efforts of five countries that took nearly a decade and 35 shuttle missions to assemble. Currently, ISRO’s plans to launch its own space station seem ambitious, if not impossible. But the first step toward achieving this, Mankad says, is for ISRO to redirect its focus toward developing reusable lower stages for its rockets. This could help minimize the astronomical costs that come with spaceflight.

“It is time ISRO thinks big and takes up more challenging tasks. Time to do this is now,” he explains, adding that Indian research institutes will play a major role in shaping the future of ISRO's space program.

Additionally, ISRO missions to study the sun, moon, and Mars are lined up in the next five years, highlighting the agency’s gradual shift from focusing on communication satellites to becoming a major player in exploring the solar system. With a targeted launch in late 2020, Chandrayaan-3 will be ISRO’s second attempt to land a spacecraft on the lunar south pole. Also planned for launch this year is Aditya-L1, ISRO’s first mission to study the sun. A longer, ongoing project is Mars Orbiter Mission 2, a successor to the 2014 mission that brought ISRO to the limelight because of its cost-effective and successful method of putting a spacecraft into martian orbit on its first attempt.

With launch dates planned for the next few years, these missions come at a patriotic time in Indian history: the country’s 75th year of independence. The cultural significance attached to the Gaganyaan mission means the launches will undoubtedly be viewed by many, including the crowd at ISRO’s first visitor’s gallery. In an attempt to pique people’s interest in space, the gallery — which is almost always overridden even though it can accommodate some 5,000 visitors — is one of many outreach efforts recently taken up by ISRO since the inception of its human spaceflight program.

Through these missions and activities, ISRO is not only accomplishing a series of firsts and making great strides to returning Indian astronauts to space, but it’s also gradually carving out a reputation as a major player in spaceflight — one mission at a time.