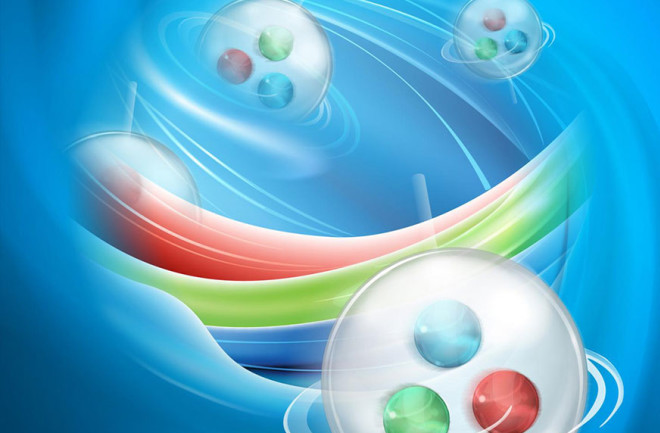 Protons and neutrons are familiar as tiny solids, but particle accelerators can melt them into what’s called a quark-gluon plasma, or QGP. Studies of the superhot material, first done about a decade ago, have revealed QGP is the hottest, least viscous known liquid and is capable of forming the smallest drop of liquid ever seen. And now, it’s also the fastest known spinning liquid, as reported in August by the STAR collaboration in Nature.

In a single second, the authors (an international collaboration working with Brookhaven National Laboratory’s STAR detector) saw the QGP goop rotate a mind-boggling sextillion times — a billion trillions. Getting even small pieces of new information from these experiments is always a challenge, so an experimental measurement of an entirely new feature like rotation speed is huge.

QGP production is sometimes referred to as “tiny big bangs” because shortly after the Big Bang, the universe consisted of QGP. These experiments help us understand the fundamental properties of our universe and its origins, and lead the way toward testing emerging theories.