Planet Money recently did a report on the difficulty of maintaining high economic productivity in southern Italy. I won't rehash the specifics of the story, but, I think it is important to get a visual sense of just how large the contrast between the south and north of Italy is. Too often we speak of nation-states. Nation-states are real, and they are important, but they are often not comparable. Just like comparing the USA to Sweden is only marginally informative, so comparing a small nation like Ireland to a more substantial one like Italy is deceptive. Here is a 2008 regional GDP map with sub-national breakdowns. Though some of the values are certainly lower now (basically, everything outside of Germany and Sweden), the relationships still hold. 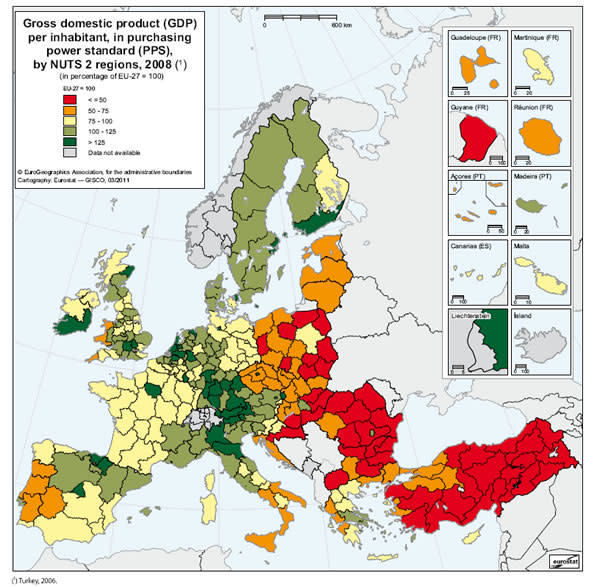 There has been a gap between the north and south of Spain and England, as well as the west and east of Germany, but none of these are of the same magnitude of what you see in Italy (for one, southern Italy is much more populous than eastern Germany). Sicily and the southern provinces are the poorest regions of western Europe. In contrast, the area between Milan and Bologna in the north is among the wealthiest. Here is a map of unemployment rates: 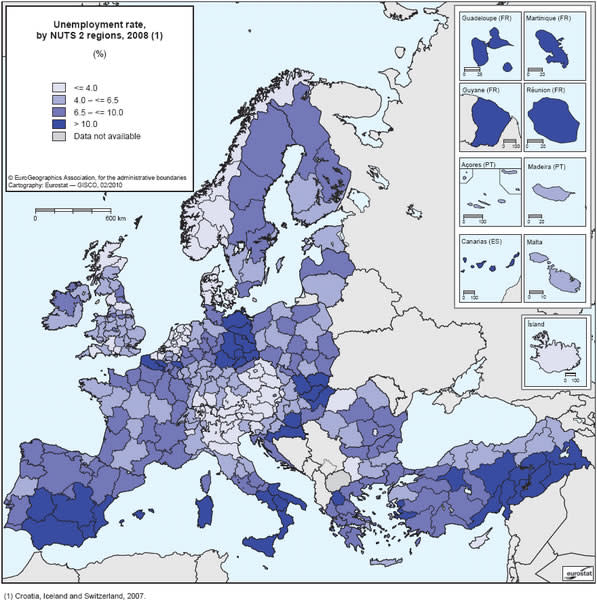