The decline of Survivor

I just realized that the American television show Survivor is now over 10 years old. Though The Real World had been around for nearly ten years when it premiered in the spring of 2010, Survivor was what triggered the lift-off of the current generation of "reality television." I haven't watched it since season (series) two, so I was curious what was going on with it. It looks like it's been in long-term ratings decline. The host received a one year renewal on his contract early this year, instead of the two or four year contracts agreed to in the past. Here's the trend in terms of its ranking in the ratings: 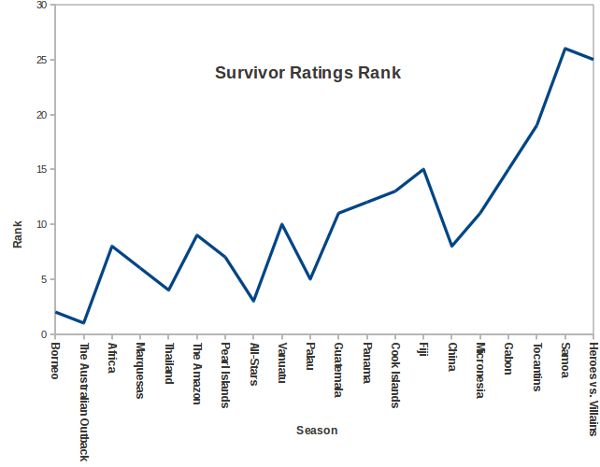 And by millions of viewers: 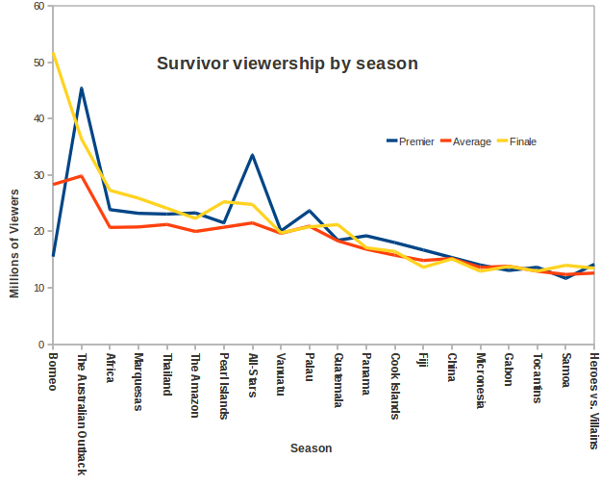 Note the disjunction between the viewers who watched the premier, and those who watched the finale, on the first season. Survivor Borneo became a national phenomenon and built up momentum over the season. The second season, The Australian Outback, exhibited the opposite trend. The only outlier after those seasons is the All-Stars. Since season two it seems that the franchise has matured and is now slowly decaying into cultural and ratings irrelevance, though it's had a very long run.