The Best Reads for June

Our favorite picks for smart and entertaining books worth reading this summer. 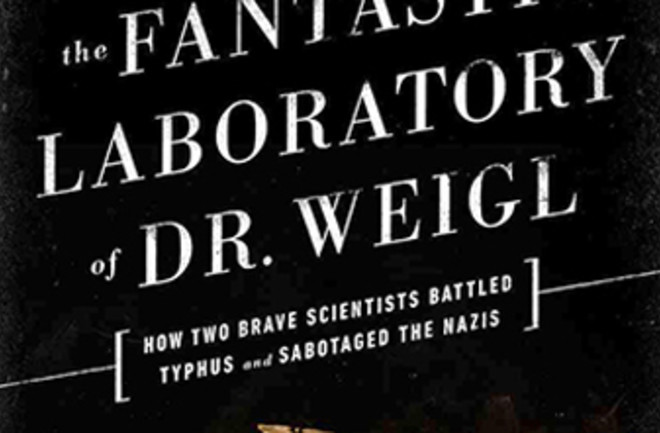 Quench your thirstfor boozy knowledge or travel back to a real-life thriller pitting scientists against villainous nits and Nazis — just two of our favorite picks for smart and entertaining books worth reading this summer.

Rogers, a science journalist and Wired editor, serves up a comprehensive, funny look at booze. He’s traveled the world and searched the historical annals to present the story of alcohol, from the life cycle of yeast to the neurochemistry of a hangover. Rogers bounces from personal moments enjoying a drink (or not) to some surprising biological evidence that possibly no one likes alcohol’s taste, just its effects. He even pops in to bar labs, which re-create your corner tavern in the interest of bona fide scientific research. Like the best of its subject matter, Proof‘s blend of disparate ingredients goes down smooth, and makes you feel like an expert on the topic. — Bill Andrews

Yes, it’s got aggressive dogs and self-harming cats, but this is not a primer on how to deal with your pet’s behavioral issues. Animal Madness is much more: It’s a riveting, thoughtful exploration of the “emotional thunderstorms” and physiological imbalances other species can experience as intensely as humans do. Braitman has an eclectic background, including a doctorate in the history and anthropology of science from MIT, and a style that’s both conversational and rich with detail. She acknowledges the idea of mental illness in animals requires a degree of anthropomorphizing. But from her own adopted Bernese mountain dog, which had a devastating case of separation anxiety, to captive whales that commit suicide, Braitman creates a compelling case for recognizing parallels in human and animal mental health. You’ll never look at your dog gnawing on the sofa arm quite the same again. — Gemma Tarlach

The Fantastic Laboratory of Dr. Weigl

A lice-borne typhus epidemic swept westward from Russia in the early 20th century, and by World War II, German troops in trenches on the Eastern Front were falling fast to the disease. Desperate to stem the deadly tide, Nazis commandeered the lab — and the lives — of Polish doctor Rudolf Weigl and his Jewish assistant, Ludwik Fleck, the makers of the world’s only effective vaccine. Journalist Allen vividly chronicles how Weigl and Fleck were forced to perform inhumane tests in concentration camps, but also labored to save the lives of their test subjects and sabotage their captors with selectively ineffective vaccines. — Breanna Draxler

A tiny speck on a glass plate photograph taken through a telescope in 1923 increased the known size of the universe exponentially. Edwin Hubble’s image of the Andromeda Nebula, as it was known at the time, was a watershed moment for astrophotography. The photograph helped define the concept of a galaxy and establish a new scale for our universe. It’s just one of many seminal moments in astronomer Hirshfeld’s chronology of colorful scientists, photographers and dilettantes. Early photographic technology was slow and cumbersome: Daguerreotypes needed 20 minutes or more to record an image of the moon, and telescope mounts were balky and often imprecise. Hirshfeld captures the challenges of the early days of astrophotography — and the personalities who overcame them — with a masterful balance of science, history and rich narrative. — Ernie Mastroianni

Why can we see through glass windows? What makes steel so versatile? Materials scientist Miodownik intertwines humorous vignettes of daily life in London with subatomic behavior to explain the feats of engineering that brought us samurai swords, skyscrapers, pool balls and even chocolate. From concrete in Roman architecture to atom-thick graphene, Miodownik builds on a historical framework to give readers an idea of future applications. Clever in every sense of the word, Stuff Matters may leave you looking at windows rather than through them. — Carl Engelking