The Anthropic Principle: Are the Laws of the Universe Fine-Tuned for Life?

Our planet teems with life. But are we a fluke, or an inevitability? 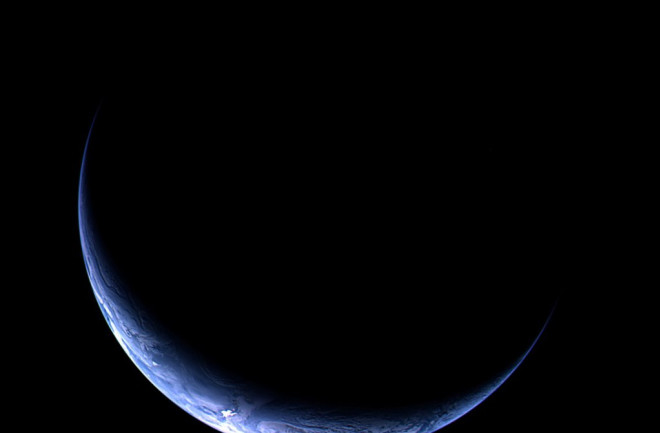 Humans have often looked at the night sky and wondered if there’s anyone else out there. But stare into that darkness long enough, and many wonder instead: how did we get here? What were the odds, in a universe so enormous and chaotic, that humans should have come to exist at all? Is life, let alone intelligent life, such a wildly improbable occurrence that we’re the only ones here? Or are we an inevitable consequence of the laws of physics?

Life exists on Earth (assuming we’re not living in a computer simulation). Therefore, the universe must exist in such a way that we are possible. That’s the essence of the anthropic principle. On the one hand, it sounds tautological. By that, I mean, I’m just saying the same thing twice. But cast another way, it can lead us to important truths about the universe. It means any version of the universe we can fathom has to allow for life to exist at least once. When there are things we don’t understand about the universe — how dark energy works, how the cosmos formed — all our theories have to include the fact that we exist. The universe must allow us.

Are Humans the Universe’s Ultimate Goal?

Some people have taken this anthropic principle theory to extreme ends. It can imply that the universe must favor life, or even life like us, which isn’t exactly the same thing.

And it does seem hard to believe humans exist, given the huge range of paths the universe could have taken. I don’t just mean that the dinosaur-killing asteroid could have hit a few million years later and changed the course of evolution on the planet. A bit more fundamental is the idea that without a moon and its accompanying tides, maybe Earth creatures never would have ventured out of the oceans. But we can dive even deeper. The laws of physics themselves seem perfected just for us.

An old version of this anthropic principle argument involves the Hoyle state, a particular state of a particular type of carbon. If the Hoyle state didn’t exist, stars could not produce the abundance of carbon they do. Carbon is the basic element upon which life is built. If it were scanter in the universe, life wouldn’t exist, down to the simplest microbes. And it wasn’t clear, for a long time, how the Hoyle state worked, just that it must: After all, here we are.

More recently, scientists have pointed out that if one tweaks many of the dimensionless physical constants — numbers like pi that are independent of units and simply exist as fundamental ideas — none of the cosmos we see would exist. One of these numbers is omega, the density parameter, which pits gravity’s pull against the expanding push of dark energy. If gravity were stronger, the universe would have long since ceased expanding, and would have collapsed back down in a reverse Big Bang, often called the “Big Crunch.” If dark energy were stronger, then the universe would race away from itself so that no matter would stick together and stars, planets, and people could never form.

If the cosmos were truly a random and senseless arrangement of particles, it seems eerie or suspicious to many that these two forces balance so delicately.

But we can remember the tautological approach: if the universe were any way other than what it is, we wouldn’t be here to worry about it. Of course the universe seems fine-tuned to us; it’s the only one we know.

If our universe is fine-tuned to us, are there universes where we’d be less well-suited? (Credit: NASA/ESA/G. Bacon (STScI))

This argument in itself gives rise to questions about a multiverse. Are there, then, other universes where the laws of physics don’t allow matter to stick together and form stars and planets, dogs and cats? The anthropic principle doesn’t answer this. We’re left to ponder.

The truth is that right now, we’re drastically short on data. We’ve only stepped foot on two bodies in the whole universe. We’ve only sent probes to a handful more. After that, it’s all just long-distance photography skills and a lot of semi-applied math.

We can ask how often the universe provides the things we think are necessary to life — the Drake equation is a good attempt to quantify this. But even that assumes that life must be somewhat as we know it.

What about inorganic life forms? Scientists have posited chemical reasons for and against life forms that vary too much from what we know on Earth. Maybe the Hoyle state is irrelevant, if other forms of life don’t require carbon anyway. You can get pretty trippy heading down this rabbit hole of questioning. How would we even recognize life so different from us? For that matter, how do we know rocks aren’t sentient, and we’ve just never noticed, so caught up in our carbon chauvinism?

The universe does seem fine-tuned for our existence. The flip side, of course, is that we are unarguably fine-tuned to the universe we find ourselves in.